The Sword - Cloak of Feathers 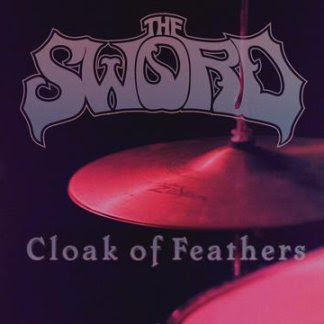 The American Stoner/Heavy Metal band The Sword all the way from Austin, Texas. Have released a new video taken from the latest album "Apocryphon", the tune it self is a real crusher.

Some history: the band formed in 2003, the band is composed of vocalist and guitarist John D. Cronise, guitarist Kyle Shutt, bassist Bryan Richie, and drummer Santiago "Jimmy" Vela III. Originally signed to New York-based independent label Kemado Records, the group released its debut album Age of Winters, which was largely written by Cronise before the band's formation, in 2006. The follow-up, Gods of the Earth, was released two years later, and gave the group its first entry on the US Billboard 200 chart. 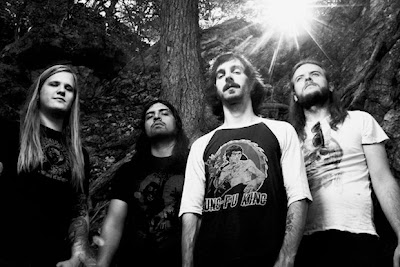 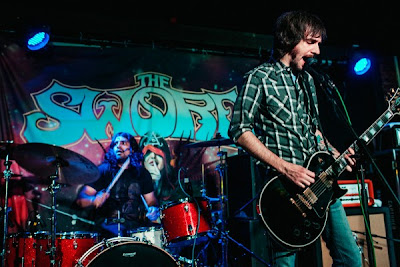 In 2010 the band released Warp Riders, a concept album centered on an original science fiction narrative, which marked the first time the band had enlisted an external producer (Matt Bayles). Original drummer Trivett Wingo left the group later in the year, and was replaced briefly by Kevin Fender before Vela joined in 2011. After leaving Kemado and signing with Razor & Tie in early 2012, the group released its fourth album Apocryphon in October, which was promoted on the Apocryphon Tour throughout 2012 and 2013.

The Sword is commonly categorized as a doom metal or stoner metal band, and is heavily influenced by such groups as Black Sabbath and Sleep. The group has toured with a wide range of fellow metal artists, including local band ...And You Will Know Us by the Trail of Dead and stoner group Year Long Disaster, and has also been chosen to support Metallica on a number of recent tours. Their first album Age of Winters failed to chart, but their subsequent releases have all gained increasing commercial success, with Apocryphon charting in the top 20 of the Billboard 200 chart.

Listen to ”The Sword - Cloak of Feathers" on Spotify here!

Email ThisBlogThis!Share to TwitterShare to FacebookShare to Pinterest
Etiketter: ...And You Will Know Us by the Trail of Dead, Apocryphon, Cloak of Feathers, Metal, Metallica, Stoner, The Sword, Year Long Disaster