Slayer - Seasons In The Abyss 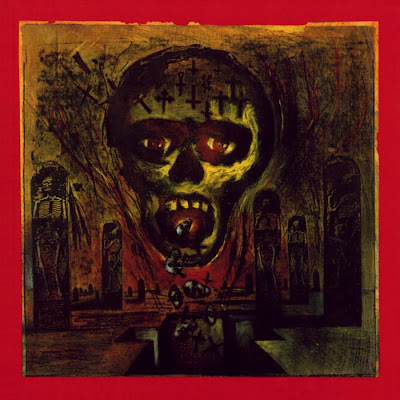 Sunday, the last day of this week, a week which is lined with several deaths of various stars, a heavy week specially for the metal world, it was probably the news of Jeff Hanneman death that hit hardest of them all. I was working with Bruce at Friends Arena when the news arrived, A moment of silence was issued among the hardcore metal heads, where I also was included. Very sad news, sad employees wiped thier eyes before it was time to start work again. 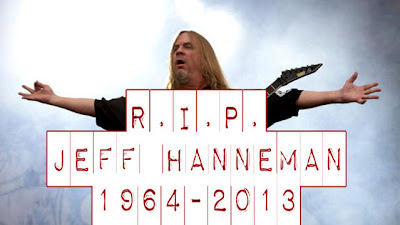 By 2012, bandmate Tom Araya had announced his recovery from the disease. However, later in February 2013, Kerry King revealed continuing health problems that kept him from working with Slayer. Hanneman died of liver failure on May 2nd, 2013, in a local Los Angeles hospital near his home in Southern California's Inland Empire. 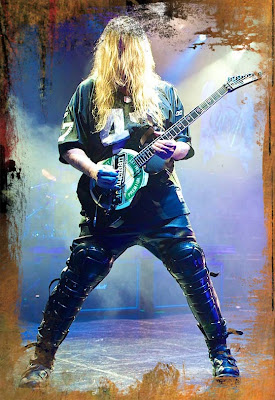 Jeffrey John "Jeff" Hanneman (January 31, 1964 – May 2, 2013) was an American guitarist, best known as a founding member of the American thrash metal band Slayer. Influenced by punk music growing up, Hanneman stated that the genre influenced Slayer's sound to create a faster and more aggressive approach. His punk influences were also evident through his placement of a "DK" symbol from the California punk band the Dead Kennedys and likeness of Johnny Rotten on his guitar.

Hanneman had contributed both lyrical and musical material to every Slayer album and wrote the songs "Raining Blood", "War Ensemble", "South of Heaven", "Seasons in the Abyss" and "Angel of Death", which are played at almost every live Slayer show. He had his own signature guitar, the ESP Jeff Hanneman Signature model.

Todays tune a metal classics, "Seasons in the Abyss" is the title track from the the fifth studio album by the thrash metal band Slayer. It was released on October 9, 1990, Jeff, rest in peace.

Listen to ”Slayer - Seasons In The Abyss" on Spotify here!