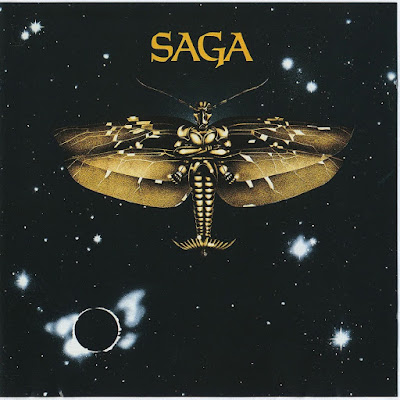 "Humble Stance" is a tune by the Canadian progressive rock band SAGA. Taken from the first studio album and was originally released 8 April 1978.

SAGA was are from Oakville, Ontario, Canada. Jim Crichton and Welsh-born vocalist Michael Sadler were the principal songwriters. The band had numerous line-up changes over the years. Ian and Jim Crichton were the only two original members who appeared on every album. Sadler appeared on every release, apart from the 2009 album "The Human Condition". Keyboardist Jim Gilmour was with the band from 1979, making his debut on the album "Silent Knight". Drummer Steve Negus performed with SAGA until 1986. The lineup was supplemented by many session musicians and live performers from the late 1980s to the late 2000s.

SAGA have been awarded gold and platinum albums worldwide and have sold more than eight million albums. 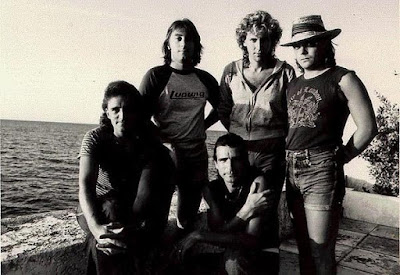 "Humble Stance" is one of only few songs on which Michael Sadler plays bass guitar, while Jim Crichton plays keyboard chords. As it is a regular part of the live setlis - unlike "It's Time" or "No Stranger", which also feature the same constellation - fans usually know that SAGA are going to start playing "Humble Stance" as soon as Sadler takes over Jim's bass guitar. 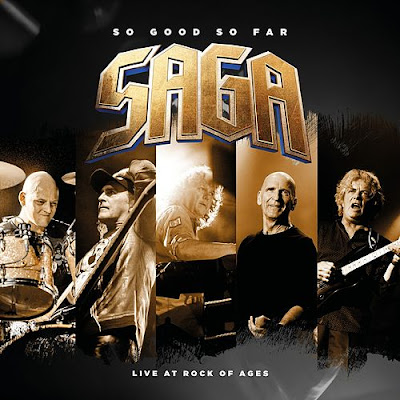 2017 marked SAGA's 40th anniversary. The band that has combined hard rock, progressive rock and pop like no other celebrated their anniversary with a tour around the globe, saying thank you and farewell to the fans… for now. Now, one year later, the exciting live recording "So Good So Far - Live At Rock Of Ages" sees its release. SAGA's performance video for the song "Humble Stance" can be seen below.

Featuring the most iconic of songs that SAGA has been known and loved for by fans for more than 40 years, "So Good So Far" delivers the epitome of the band's long and proud history — all recorded at the Rock Of Ages festival in Seebronn, Germany in 2017 on both audio and video. SAGA, the headliner of the evening played, an energetic one-and-a-half-hour set in front of thousands of festival goers, featuring the best of 21 SAGA studio albums with classics such as "On The Loose", "Humble Stance", "Wind Him Up" and "Don't Be Late".

SAGA has a very special history with the legendary Rock Of Ages festival in Seebronn, Germany. Founder Horst Franz invited us to perform for the very first one in 2006! Fast forward to 2017 — SAGA returns to the coveted Saturday night stage by special request, celebrating the band's 40th anniversary with our 'Final Chapter' tour".

Today's tune "Humble Stance" taken from the first self titled studio album. But I have picked the live version from "In Transit" for today. This clip is filmed live at Westfalenhalle, Dortmund, Germany, December, 1981.

This clip is taken from the live album "So Good So Far - Live At Rock Of Ages", filmed live at ROCK OF AGES festival in Seebronn, Germany 2017.