"Naiv" is another spectacular musical album release by the Hungarian eccentrics THY CATAFALQUE, the brainchild of Hungarian Tamás Kátai. "Naiv" is inspired by the “Naïve Art” movement. 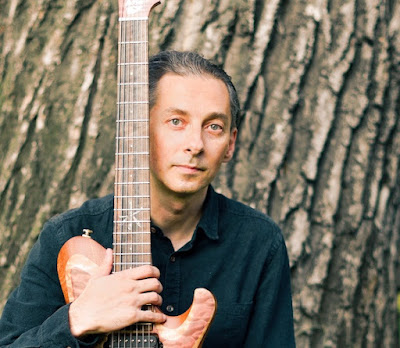 One thing I love about Tamás Kátai, it's his ability to create innovative, interesting and very irresistible music. From his newly gained bag of lego, where the blocks contain diversion of genres like gothic rock, ambient, electronica, folklore, jazz, and funk amongst others, where all the pieces have wisely assembled together to create the musical landscape of well-working crossovers.

"Naiv" is just as unpredictable as his earlier works and demands to be listened to with full attention. That it can then be a sprawling story for someone who is unfamiliar with wilder textures, I can buy that, but I can almost promise that one can easily be sucked into the magical madness of the flow of rhythms with unknown and quite tricky instruments. It's a playful and very easily accessible record and still delivers on some good, old fashioned heavy riffs.

That album is a real adventure with many guests on various positions, like the vocalist Zoltán Kónya (GIRE) the progressive death metal band who appears on the album opener murderous blasting "A Bolyongás Ideje" spiced up with some psychedelia, like the unpredictable "Tsitsushka", that have many shifts from gothic metal to funk but still keep the focus also contains some fretless bass by Badó Réti (GIRE). The electronic intro in "A Valóság Kazamatái" takes one of the radar, until the heavy riffages take place in the middle eastern theme that this tune takes its path. The chamber rock piece "Számtalan Színek" where the guest musicians take the center with cello and creates a classical atmosphere. "Embersólyom" has a folkish touch with proggy flutes and some beautiful vocals from Martina Veronika Horváth (ex-NIBURTA, SALLYANNE, NULAH). She can also be heard on rocker "Napút" where she does an excellent job. "Vető" is eight minutes of old school avant-death metal, a heavy piece with some odd but pretty well-executed shifts. The extra bonus on the album is that all the lyrics are in the native Hungarian language. The album can feel complex and confusing but with some time and patience it will grow and the enjoyment will be much richer.

Sum: "Naiv" is a magical album, requires some time with full attention, but with a little patience comes the rewarded. 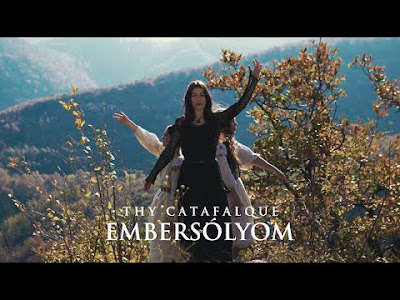 Listen to ”Thy Catafalque - Embersólyom" on Spotify!