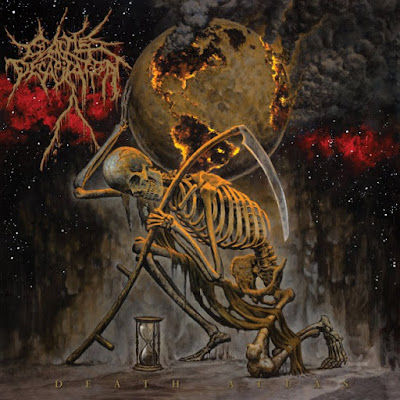 Climate issues have been the ultimate topic to speak about during 2019 and that is something the San Diego extreme metal band CATTLE DECAPITATION has really caught on with their eighth studio album "Death Atlas". They have never shied away from confronting the awfulness wrought upon the natural world by the human race, and "Death Atlas" is their bleakest offering to date. The cover art says it all: a stooped, skeletal Grim Reaper carrying the burnt-out husk of our planet on his back. The magnificent album artwork is done by Wes Benscoter. 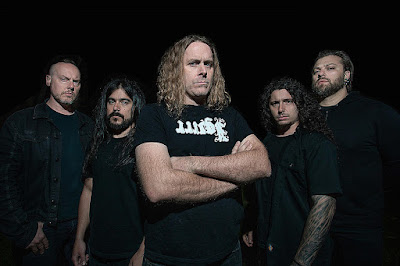 The album's theme is humanity’s destruction of a dying world and it's the next step in the band's development where the extreme overlord's brutality spreads its wings and crosses the boundaries of many exhilarating genres and gives us the group’s most varied record by far.

"Death Atlas" delivers an unforgettable and really enjoyable hour full of technical virtuosity and aggression of today's careless and nonchalant people in our world. Musically is an extremely well-crafted beast with a distinct balance of hyper adrenaline rush and half paced, chunky melodic parts. Big riffs that will drop your chin, cut off from Josh Elmore and the newcomer Belisario Dimuzio, tight, creative and totally inhuman drummings by Dave McGraw, steady and well-picked bass lines by Olivier Pinard and the amazing vocals that only Travis Ryan masters. Lyrically is a lot of grief, anger, hate, passion and big emotions around humanity’s destruction. "Death Atlas" contains 14 tunes, broken up by several interludes like the intro "Anthropogenic: End Transmission". The first real tune "The Geocide" is a cruel piece that will shake off all the bad things that you have collected over the years as a human being. The blazing tremolo-picked riffs along with the killer blast-beats and the signature vocal with the clear message will make you follow the order to be a better human. Furious blasting in a thunderstorm tempo lays the path for "Be Still Our Bleeding Hearts", vocal changes along with amazing riffing that will satisfie you as a listener. "Vulturous" and "Finish Them" are two straightforward tunes with crunchy and stompy riffing. Lovely doom riffs along with the nasty goblin snarl in the beauty "Time’s Cruel Curtain", to the blackened "Bring Back The Plague" and "Absolute Destitute". The riff raffing tunes like "Finish Them" and "One Day Closer To The End Of The World" are both well done and enjoyable tunes to play on a high volume. The album closes up with the title tune "Death Atlas", over nine minutes of tempo changes between the high furious speed with a tremendous screech and middle rolling with a goblin snarl, a middle part with emotional atmosphere and sensible clear vocals until it fades out in the space.

I wonder if this could be Gretas favorite band 2019? This was one of the best albums in this genre during 2019, an excellent crafted extreme metal record. It will be very interesting how it will stand during the time. If you don't own this album, make sure to get it.

Sum: It's really time to do something about our planet. 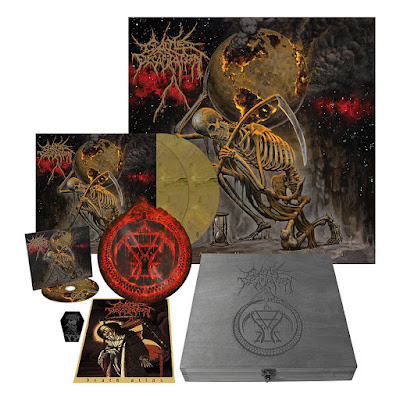 Today's tune is the title track from "Death Atlas", enjoy!