Legendry ‎– The Wizard And The Tower Keep 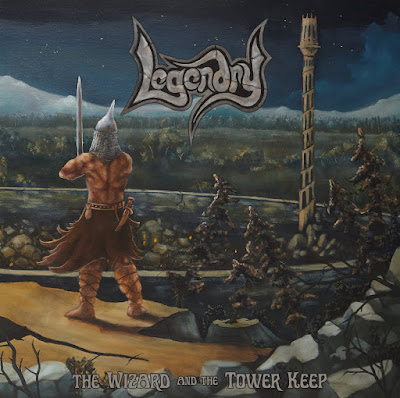 Monday, a new week and it's time for "Record Of The Week".

Through mists of time, and beyond the dungeons deep, Legendry has sought the secrets of steel. With swords raised, honoring such heroes as MANILLA ROAD, CIRITH UNGOL and WARLORD and delving into the progressive wizardry of KING CRIMSON, URIAH HEEP and JETHRO TULL, LEGENDRY doth heed the call to heavy metal adventure. 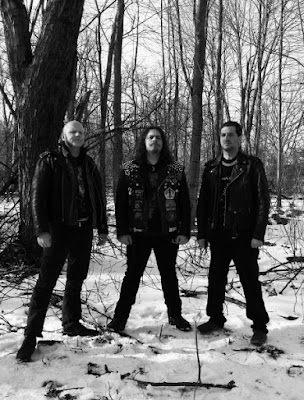 The third full-length concept album "The Wizard And The Tower Keep", telling the tale of the Warrior with No Name as he battles the evil wizard, Vael, atop the Tower Keep in a dimension of arcane magick and great savagery. The album is based on the novelette, The Wizard and the Tower Keep, by D. R. Lackner. The excellent cover is a painting by Vidarr.

LEGENDRYs traditional 80s metal and classic prog influences make "The Wizard And The Tower Keep" a very enjoyable and fun record to play and if I would have own this before the new year I could say that this one could have reached pretty high on the best album list 2019 as it is easily one of the best heavy metal albums 2019. The album was released on November 1, 2019.

"The Wizard And The Tower Keep" is an album that wavering among their influences from the folkish intro in the opening tune "The Bard’s Tale" to the proggish "Sorcery’s Bane", NWOBHM influenced "Vindicator" is a fun blast of American power metal, to the harder, faster tunes like the shredding "The Lost Road" and the speed metal piece "Behind The Summoner’s Seal" to the epic eleven-minute closer "Earthwarrior", a tune that you for sure will get lost in. I suggest that you seek this up and let it enjoy you for 47 minutes, it will be worth every single minute.

Today's tune "Vindicator" is taken from "The Wizard And The Tower Keep", enjoy!

Listen to ”Legendry - Vindicator" on Spotify!

Email ThisBlogThis!Share to TwitterShare to FacebookShare to Pinterest
Etiketter: Heavy Metal, Legendry, Pennsylvania, Pittsburgh, Record of the Week, Review, The Wizard And The Tower Keep