Seven Sisters - Once And Future King 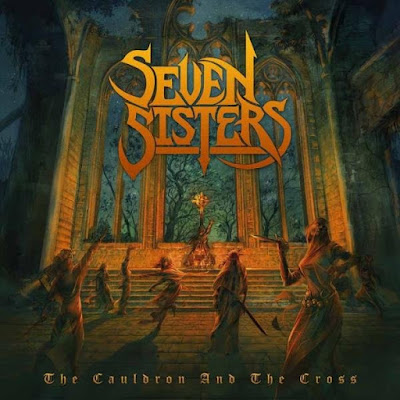 The heavy metal/Nwobhm SEVEN SISTER arrived 2016 with big steps and a thunderous debut, an album that I did like a lot, got many hrs of playtime until it ended up in the record shelf. A little now and then it gets aired and gets a lap on the turntable. Their self-titled debut album sold out of the first pressing of physical copies in just three weeks. With the all-important second album brewing, SEVEN SISTERs promises not to just copy the template laid down by the fathers of heavy metal, but to mold their own and usher in a new era.

With their sophomore effort "The Cauldron And The Cross" released in 2018 a release that I somehow totally missed, could be that they changed record label to Dissonance Productions that it just passed by unseen in the flood of new records. They have pretty recently released a split single together with the US heavy metal band HAUNT and when I tuned in to check it out I notice, got damn, they released an album 2018 that I haven't heard ...whoah so cool and in the same time, I feel a little ashamed that I missed this one, but hey I'm just human.

"The Cauldron And The Cross" is much like their 2016 debut, SEVEN SISTERS’ second album offers a grandiose take on traditional metal with ambitious songwriting. Just take today's tune "Once And Future King" where the tempo is high and energy scintillates, galloping twin guitars metal in the best possible way, really addictive. 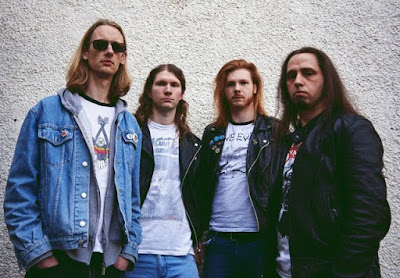 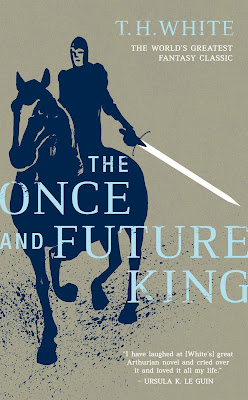 Today's tune "Once And Future King" taken the second album "The Cauldron And The Cross".

Listen to ”Seven Sisters - Once And Future King" on Spotify!

Email ThisBlogThis!Share to TwitterShare to FacebookShare to Pinterest
Etiketter: Heavy Metal, NWOBHM, Once And Future King, Seven Sisters, The Cauldron And The Cross