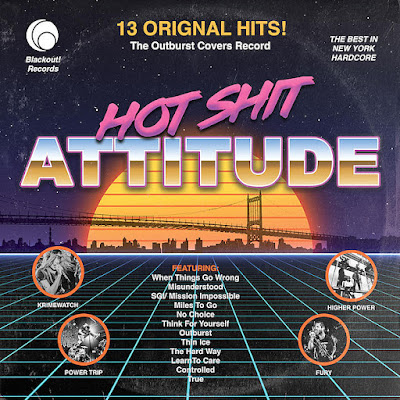 The Lower East Side of Manhattan during the late 1980s was a crazy, twisted island of misfit toys. All the kids who were too ugly, too smart, too psychotic, or simply too weird to fit in a world dominated by preppies and guidos found themselves part of the hardcore scene, with CBGB at its epicenter. Astoria's OUTBURST was one of several dozen "second wave" bands who grew up on originators AGNOSTIC FRONT, KRAUT, MURPHY'S LAW and others. Like their friends in LEEWAY, GORILLA BISCUITS, and RAW DEAL - they took elements of crossover metal and fused it with punk rock to create a signature sound.

During their short life, OUTBURST recorded a demo, appeared on two legendary NYHC compilations, and one EP. Nobody in the band thought their music would have any impact beyond what they were living at the time. 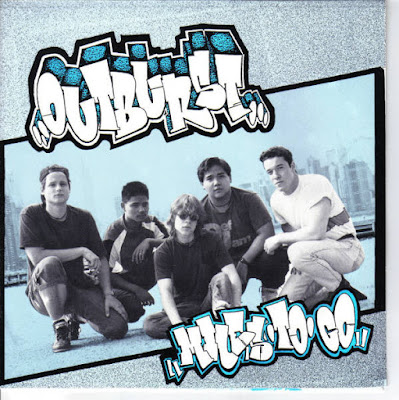 The crazy shit is, 30 years later- OUTBURST still matters to a new crop of kids, from all around the world. To celebrate that 30 years, Blackout! Records are re-releasing an ultra-limited, expanded LP edition of their "Miles To Go EP", as well as a limited LP compilation of the best new punk and hardcore bands covering their songs, entitled "Hot Sh!t Attitude". It includes covers from a wide array of bands such as POWER TRIP and HIGHER POWER – both of whom were already covering Outburst in their live sets.

Check out POWER TRIPs version of "When Things Go Wrong", the first track from the upcoming "Hot Sh!t Attitude: The Outburst Covers Record" below. 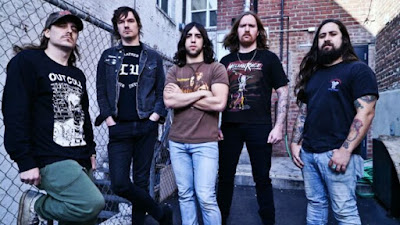 Since releasing "Nightmare Logic" in 2017, Texas thrashers POWER TRIP have only given us one new song, "Hornet's Nest", and if you're looking for more you'll have to wait a little while longer. A tune that we haven't played yet, maybe it will come later on, the pile of music is pretty high atm :)

The song is the lead track on the forthcoming OUTBURST covers compilation, "Hot Shit Attitude", which will be released on Jan. 31 2020. POWER TRIP take is faithful to the original. With one listen, it's clear that OUTBURST was one of the groups who wielded massive influence over the rising thrash band's hardcore-crossed sound.

Listen to ”Power Trip - When Things Go Wrong" on Spotify!