Crimson Glory - Queen Of The Masquerade 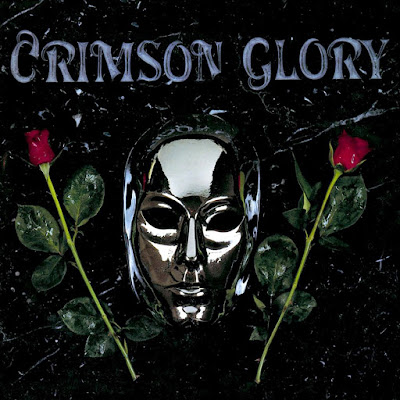 "Queen Of The Masquerade" is a tune taken from the eponymous debut studio album by Florida heavy metal band CRIMSON GLORY, released in 1986 via Par Records. Later licensed by Roadrunner Records.

CRIMSON GLORY was formed in 1979 under the name PIERCED ARROW (later changed to BEOWULF). Their current line-up features long-time guitarists Jon Drenning and Ben Jackson, bassist Jeff Lords, and drummer Dana Burnell. The band formed in Sarasota, Florida. As a pioneer of the American progressive metal movement, CRIMSON GLORY rose to international fame in the 1980s and was ranked as one of the early "flagship bands of progressive metal" along with QUEENSRYCHE, DREAM THEATER, FATES WARNING, and WATCHTOWER, who were responsible for creating and developing that genre. CRIMSON GLORY has released four studio albums and one EP. They broke up in 1992, but reunited six years later. For a short period before they parted way again. 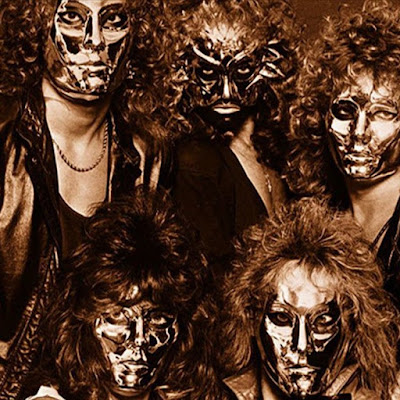 Sadly the former singer Midnight passed away on July 8, 2009. In memory of their fallen friend and bandmate, Midnight, the band played a tribute show, headlining 2009's ProgPower in Atlanta, Georgia. The show featured many special guest vocalists, including Lance King from PYRAMAZE, Nils K. Rue from PAGANs MIND, Chris Salinas from ZERO HOUR, Ronny Monroe from METAL CHURCH, Andy Franck from BRAINSTORM, Sean Peck from CAGE, Danilo Herbert from MINDFLOW, Joakim Brodén from SABATON, Michael Eriksen from CIRCUS MAXIMUS, Rob Rock, Mark Boals from ROYAL HUNT, Clay Barton from SUSPYRE, Kelly Sundown from BEYOND TWILIGHT and their former vocalist, David Van Landing. A few weeks prior to the show, JON OLIVAS PAIN guitarist, Matt LaPorte, introduced Todd La Torre to the band and he was added as a guest vocalist at ProgPower X. In May 2010, the band formally announced Todd La Torre as their new singer until May 2012, when La Torre joined four members of QUEENSRYCHE as the singer for two shows under the moniker Rising West. La Torre has since joined QUEENSRYCHE as a full-time member and CRIMSON GLORY in hiatus.

Listen to ”Crimson Glory - Queen Of The Masquerade" on Spotify!