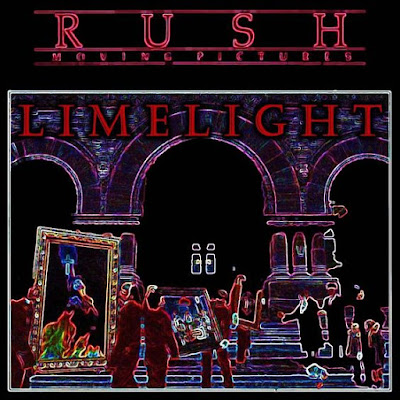 Sad Sunday, one of the greatest drummers has signed off. Neal Peart has died after fighting brain cancer for years.

On December 7, 2015, Peart announced his retirement from music in an interview with Drumhead Magazine, though bandmate Geddy Lee insisted Peart was quoted out of context and suggested Peart was "simply taking a break". However, in January 2018, bandmate Alex Lifeson confirmed that RUSH was retiring due to Peart's health issues. During his last years, Peart lived in Santa Monica, California, with his wife, photographer Carrie Nuttall, and daughter Olivia. After a three-year illness, Peart died of glioblastoma on January 7, 2020, at age 67.

To celebrate his family and bandmates we will play a tune in their honors, so today's Sunday classic is for you Neil Peart, RIP. 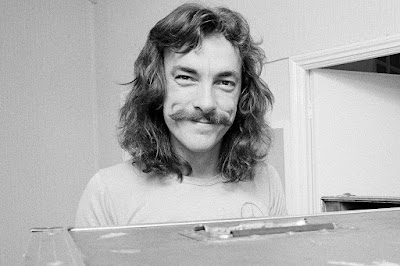 "Limelight" is a song by the Canadian progressive rock band RUSH. It first appeared on the 1981 album "Moving Pictures". The song's lyrics were written by Neil Peart with music written by Geddy Lee and Alex Lifeson. "Limelight" expresses Peart's discomfort with Rush's success and the resulting attention from the public. The song paraphrases the opening lines of the "All the world's a stage" speech from William Shakespeare's play As You Like It; the band had previously used the phrase for its 1976 live album.

The phrase "In the limelight" means the center of attention. In the early days of theater, limelight was a device used to brightly illuminate the front of a stage, which put the main performer in a spotlight. The light was made by focusing a flame at a cylinder filled with lime that was projected through a lens - lighting technicians had to be creative before electricity.

Invented by the Scottish engineer Drummond in 1816, he used a core of limestone (calcium) that was heated to a glow by burning a mixture of oxygen and hydrogen which created a brilliant light that could be focused. The Limelight was first used in the theatre in 1855 and then became widely used by the 1860s. The advantage of the limelight was its realistic light production, but the limestone had to be turned as it burned and the gases adjusted to keep the light constant.

Drummer and lyricist Neil Peart: "Success puts a strain on the friendship and it puts the strains on your day-to-day relationship, and it's something that we did go through, you know, we're not immune to it. But we were able to overcome it just through our closeness and we were able to help each other with difficulties like that and then we could deal with the pressures and things and that."

Lead singer and bass player Geddy Lee: "Limelight was probably more of Neil's song than a lot of the songs on that album in the sense that his feelings about being in the limelight and his difficulty with coming to grips with fame and autograph seekers and a sudden lack of privacy and sudden demands on his time... he was having a very difficult time dealing with. I mean we all were, but I think he was having the most difficulty of the three of us adjusting; in the sense that I think he's more sensitive to more things than Alex and I are, it's harder for him to deal with those interruptions on his personal space and his desire to be alone. Being very much a person who needs that solitude, to have someone coming up to you constantly and asking for your autograph is a major interruption in your own little world. I guess in the one sense that we're a little bit like misfits in the fact that we've chosen this profession that has all this extreme hype and this sort of self-hyping world that we've chosen to live in, and we don't feel comfortable really in that kind of role."

Guitarist Alex Lifeson: "We were very, very careful not to let it get the best of us. That sudden success can really change you and you become lazy and you constantly have other people doing things for you and you lose perspective on why you're there and really what you're doing." William Shakespeare's 1599 play As You Like It contains the line "All the world's a stage and all the men and women merely players" - a similar phase appears in the lyrics - "All the worlds indeed a stage, and we are merely players." Rush named one of their albums All The Worlds A Stage. >> Lifeson has said in interviews that the song's solo is one of his favorites to play live. He explained why to Musicradar.com: "I've always enjoyed the elasticity of that solo, particularly the way it sounds on the record. It has a certain tonality I just love. I do like playing the solo live, but I think I prefer listening to it on the album. On record, it has a magical quality to it - it really conveys the pathos of the song and the lyrics. I've never been able to re-create that live. I get pretty close, but it's never exactly the way it is on record. I'll keep trying, though." Rush appeared in the 2009 movie I Love You Man playing this song. Geddy Lee told Entertainment Weekly the shoot was a blast: "For us it was easy. We just played the same song over and over again 150 times. So we're playing and we got the pleasure of watching these comic actors do take after take. We were being entertained the whole time. I loved it. They're so nice, those guys: Paul Rudd and Jason Segel and Rashida Jones. And it came at a tough time, because we were on tour. It was right between a couple of gigs. That was our day off. So it was nice that it was such a fun experience, because we were pretty beat."

Giddy Lee told The Plain Dealer newspaper how the song's use in the movie has led to a more animated reaction when they play this at gigs: "The characters are going nuts while we're playing that song. Now I see kids in the audience imitating them and climbing on each other's shoulders. It's given them license to go completely crazy during the song. It's pretty funny from our point of view." 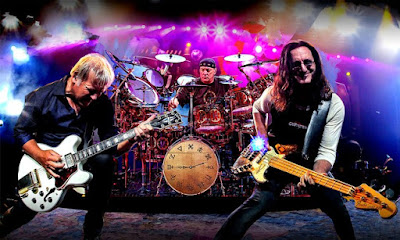 Listen to ”Rush - Limelight" on Spotify!