Vattnet Viskar - Breath Of The Almighty 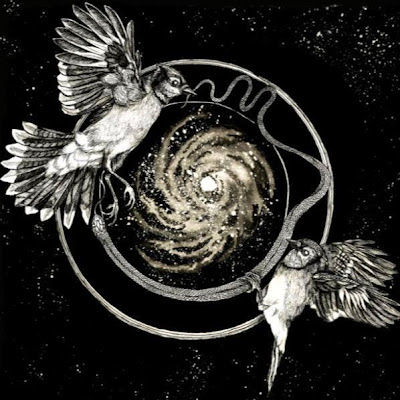 A new week and it's time reveal this week "Record Of The Week”. That a American band makes use of Swedish in its name makes you extra curious. It was by coincidence that I ran into this band, read a post on one of my blog colleagues ”Metallbibliotekarien", got interested and looked them up, listened and wow, hell... this was very good, I googled a bit and ordered home the vinyl immediately.

Vattnet Viskar, yes that is the name of the band, it’s Swedish for ”The Water Is Whispering”.

Originally formed in Plaistow, New Hampshire in the summer of 2010, the band started small and worked smart, cultivating a strong presence within their local DIY scene and online. In 2012, they aligned with a small Brooklyn label, Broken Limbs Recordings, to release a self-titled EP that, unbeknownst to them, would catapult them onto countless respected North American publications’ best-of-2012 lists. On the strength of that EP’s three ambitious, sprawling blackened doom epics, the band that Pitchfork called “the future of black metal in the United States” and Stereogum lauded as “propulsive and brutal, yet ambient and expansive” signed a deal with industry giants Century Media. After that, Vattnet Viskar spent the next year touring relentlessly across the United States, most notably appearing at Brooklyn’s Northside Festival, Raleigh’s Hopscotch Music Festival, and clocking a whirlwind batch of shows at SXSW 2013. Their incendiary live performances awed audiences across the country and landed them on stacked bills alongside Pallbearer, Skeletonwitch, Inquisition, Altar of Plagues, and many more.

Record Of The Week is "Sky Swallower”, a record that was recorded at Universal Noise Storage under the watchful eye of producer Brett Boland, and features eight songs worth of masterfully executed atmospheric black metal devotion, filtered through the members own hardcore pasts and imbued with doom metal’s heart-rending heaviness. The great artwork by Bryan Proteau (Pallbearer)

“Sky Swallower” is an absolutely captivating assault. It’s organic and powerful, a wonderful mix of modern cold black metal and gloomy doom, a real killer album and it’s something you should not miss! 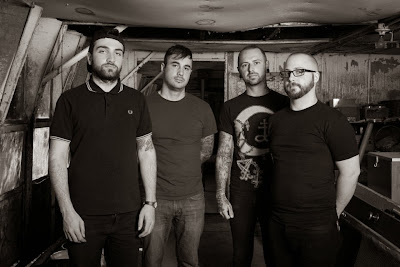 Todays tune ”Breath Of The Almighty” is taken from Sky Swallower.

Listen to ”Vattnet Viskar - Breath Of The Almighty" on Spotify here!