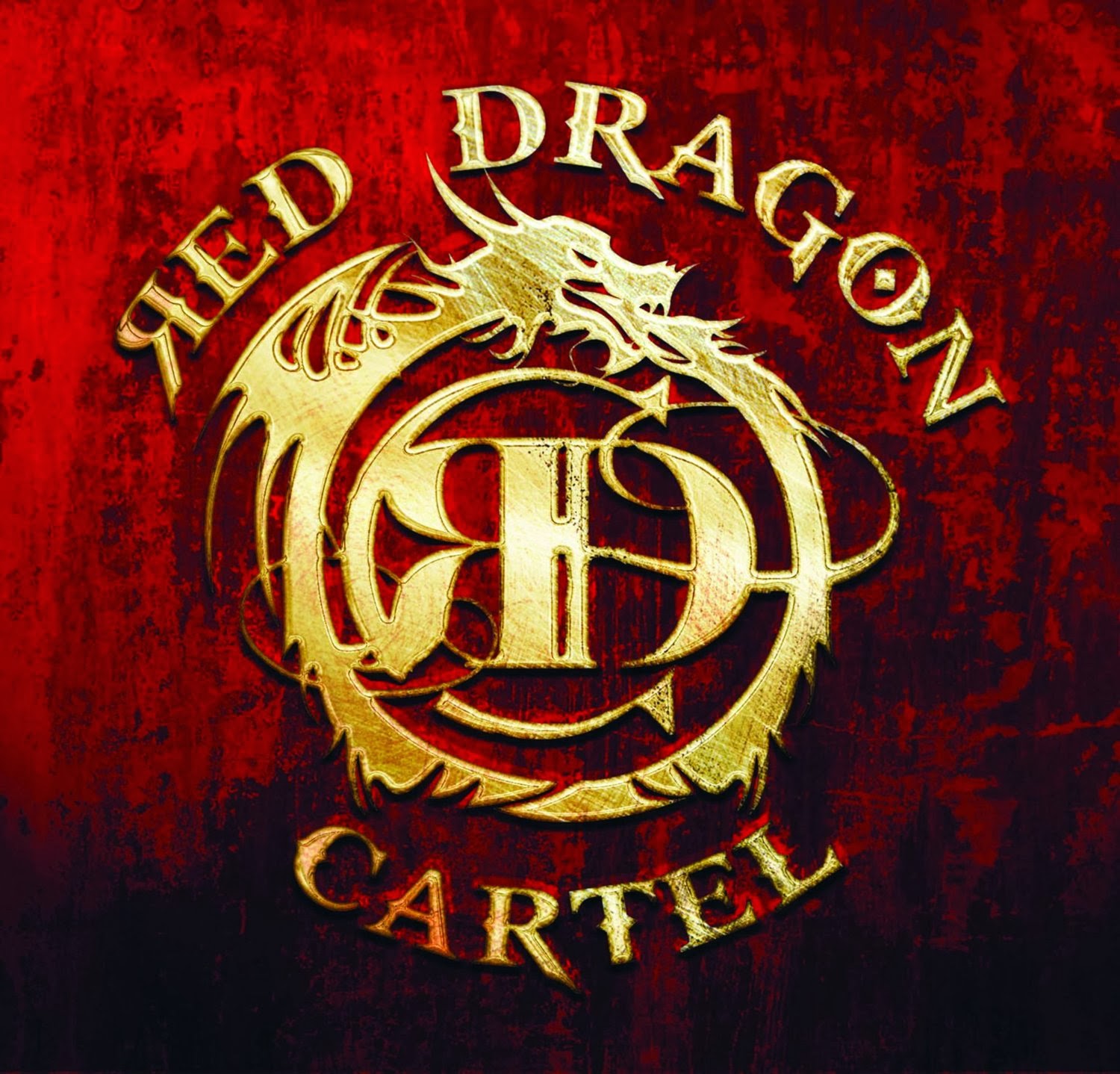 Jake E. Lee is the former guitarist for Ozzy Osbourne (on the "Bark at the Moon" and "The Ultimate Sins" albums). After a self-imposed exile from the music industry and the public eye since the demise of Badlands in the mid 90s, Jake is now back with an exciting new rock'n'roll band "Red Dragon Cartel". Their debut eponymous album was released by Frontiers Records on January 27th. 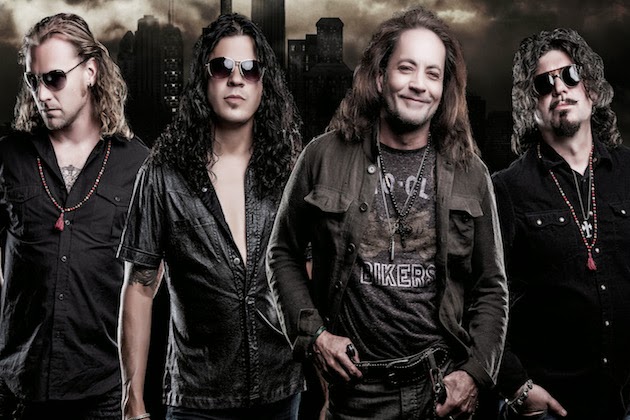 Todays tune "Feeder" is taken from

Gibson Guitars Magazine 10-08-12: One of the biggest brain-scratchers in metal history is the fact that Jake E. Lee isn't king of the world. It seemed like he definitely had the potential to be exactly that when he was guitarist for Ozzy Osborne in the mid ‘80s, during the Bark At The Moon/Ultimate Sin era. His post-Ozzy band Badlands was pretty spectacular too. But Jake just never seemed to make that push to stay up there with his contemporaries. Now Lee has revealed he's working on a new album with producer R. Bernard Mann AKA Ronnie Mancuso and Executive Producer, Mixer, King of Active Rock Radio Kevin Churko, and he's formed a new band (The Red Dragon Cartel) to record at least 4 tracks and then to undertake a world tour starting in summer 2013. Why only 4 tracks? Because they already have tracks recorded with Robin Zander (Cheap Trick), Paul Di'Anno (ex-Iron Maiden) and Maria Brink (In This Moment). Jake says there are other big names attached to the project too. The idea seems similar in spirit to Santana or Slash's first solo album, where they had various guest vocalists and took one (Myles Kennedy) and a permanent band (The Conspirators) on the road. After seeing a recent picture and hearing the exceptional playing on the great Robin Zander track one thing is for sure. Jake is back for real and ready to take on the world and reclaim his position as one of Metals best guitarists. All we can say is its better late than never.

Throw away your turntables and pick up a guitar. Ex-Ozzy guitarist recluse resurfaces to show the youngin, s how powerful and exciting a rock album can be!

Jakey Lou Williams born and raised in West Virginia to a Japanese born mother and a US Naval officer father. A Military Brat constantly on the move. Eventually settling in San Diego, Jake and his sister took to the California culture and lifestyle of the 70’s. Jake’s mother, recognizing that her son had tremendous musical talent, encouraged Jake to learn classical piano at an early age. By ten years of age he was playing Bach concertos and winning state competitions however, at the same time his sister was instrumental in showing Jake that a world beyond classical music existed. She played Jake her favorite hard rock artists like Jimi Hendrix, Black Sabbath and Led Zeppelin. Soon Jake had switched to guitar as his instrument of choice and started on his road to becoming the legend that he is now. Unfortunately, his mentor and sister passed away in a motorcycle accident. But her influence was already established in her kid brother Jake. During high school, he formed a band called Teaser changing his name to Jake E. Lee. The band developed a large following in the Southern California area. Jake caught the eye of guitarist and good friend Warren DiMartini, and soon DiMartini was asking Jake for lessons. He also caught the eye of Stephen Pearcy the lead singer of a San Diego band called Mickey Rat. Pearcy asked Jake to join his band as lead guitarist, and he accepted. They changed the band’s name to Ratt, moved to L.A. and began playing the L.A. club circuit. The band’s established a huge fan base and much acclaim followed. However, Jake decided that Ratt didn’t fit the style of the music he wanted to play and decided to leave the group. DiMartini replaced him on Jake’s recommendation.

Jake played a few shows as lead guitarist of Rough Cutt, until Ronnie James Dio discovered his incredible talents. They planned to work together until Ozzy Osbourne interrupted them. He asked Jake to audition for his band following the sad passing of Randy Rhoads. Jake knew that Randy’s shoes were hard to fill, but he believed he was able to fill them. Ozzy auditioned around 500 other guitarists from around the world, eventually choosing Jake to fill the void of Randy Rhoads. Jake flew to England for rehearsal, and then went on tour with the legendary madman Ozzy Osbourne.

For the next four years, Jake recorded, wrote and toured with Ozzy. They released “Bark at the Moon”, which eventually went multi-platinum, and quickly quieted critics who said Rhoads could never be replaced. The “Ultimate Sin” album followed, which was another huge success for Ozzy. Osbourne, at the time was going through his well-documented drug and alcohol periods, and during a rehearsal fired Jake in the middle of one of his rages. Contrary to common belief, however, Ozzy and Jake remain good friends to this day. Ozzy and Sharon going so far as giving there blessings and support to Jake working with the producer of Ozzy’s last two albums Kevin Churko. After the Ozzy Osbourne madness, Jake decided to take a well-earned break. He wanted to spend more time with his wife and daughter. As soon as word spread that Jake had left Ozzy’s band, the phone calls came in fast and furious. Nothing interested Jake, however, until he received a phone call from ex-Black Sabbath lead singer Ray Gillen. Gillen was hoping to form a blues-based metal band with Lee, and Lee responded. Together, they recruited bassist Greg Chaisson and current Kiss drummer Eric Singer, and formed Badlands.

Badlands released their first album in 1989, self-titled “Badlands”. It was a mix of blues and hard rock, powered by hard-driving guitar riffs, receiving amazing critical acclaim as well as fantastic sales. The band toured worldwide to support the album, and followed it up with “Voodoo Highway”. This album was an even deeper dive into the blues, and again received much acclaim from critics. However, due to Ray’s health issues the band had to cancel all touring and promotion of the album. Tragically, Ray Gillen would eventually pass away due to complications caused by AIDS. In the year 2000, however, “Dusk” was released, which was recorded live in earlier sessions with Ray Gillen. The passing of his friend Ray as well as his wife and mother of his daughter broke Jake to the point he withdrew and disappeared from the scene causing much speculation and mystery as to if he were to ever return to the music industry. As “VH1’s That Metal Show Host and syndicated Metal Hard Rock Guru Radio DJ Eddy Trunk has repeatedly said. “The number one person that fans all over the world want to about is by far Jake E Lee, Its like the mystery and lack of exposure has enhanced his reputation rather than hurting it he is probably more popular know than anytime since Ozzy.”

During this period of reflection, Jake was occasionally was called out of retirement by good friend and Shrapnel Records Owner Mike Varney as well as being invited to play on many albums but he held fast to the belief that he would only return if he could find a situation that would allow him to compete on the highest level. Only then would he decide to re-launch his career. In steps old friend Ronnie Mancuso. Ronnie, noted session guitarist/bassist composer producer “Beggars & Thieves” was sharing a studio space The Hideout in Las Vegas working with super hot producer engineer mixer Kevin Churko “Shania Twain Mutt Lange, Ozzy Osbourne, Five Finger Death Punch, Rob Zombie, Hinder, In This Moment.”

Ronnie and Kevin started talking with Jake then slowly Ronnie and Jake along with Kevin’s son Kane “co-writer of Five Finger Death Punch’s number 2. Remember Me, In this Moments Blood and many others “Started writing songs under Kevin’s supervision based on all the great riffs Jake had stored up from his years in seclusion.

The new band was culled from over a thousand submissions from a “Jake E. Lee needs a lead singer and drummer Facebook page” Christened “Jake E. Lee’s ‘Red Dragon Cartel” the album is being recorded with such legendary vocalist as Robin Zander from Cheap Trick and original Iron Maiden Vocalist Paul DiAnno, new chart toppers like Maria Brink from “In this Moment” with plenty of tracks just featuring the new permanent members of band for 2013. “The Jake E Lee’s Red Dragon Cartel” is about to blast off. This amazing virtuoso guitarist with his new band will once again grace the rock world with the lights shining even brighter.