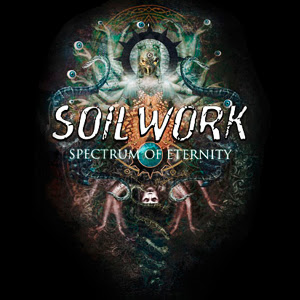 Though one is out and touring with a Swedish singer songwriter atm, it pops up a little gaps of time that you can use to do other things, like go and see some other bands perform live, well you can never get to much music :) So the upcoming posts from me I'll go through these with you guys, it will be sprawling mix of music and only one show I did visit in Private with some nice friends and that was a show in Gothenburg when Soilwork visited Brew house.

Support for the evening was the Swedish metal band Deals Death, hello Kammo, hello Scott and Norweigan Keep Of Kalessin. Missed Deals Death, but bumped into the guys, nice to see them again. Keep Of Kalessin had some problems with the sound at the start but all got sorted after a few tunes. And Soilwork did of course kick some butt and delivered a hell of a show, the only thing I could point on,  what is the bass player up to?? 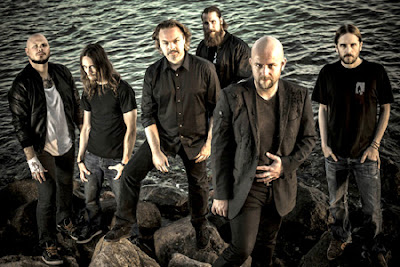 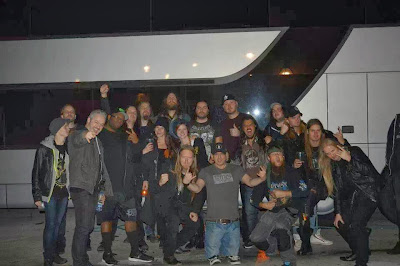 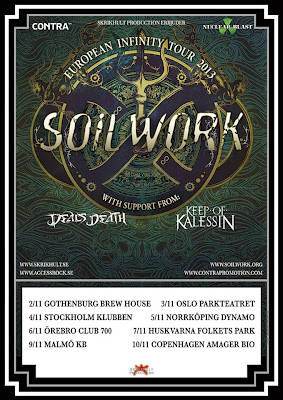 Soilwork is a Swedish melodic death metal band from Helsingborg. They are currently signed to Nuclear Blast. Formed in late 1995 by Björn Strid and Peter Wichers, originally under the name Inferior Breed, the band changed their name in late 1996 to Soilwork (meaning "working from the ground up").

Their sound is a fusion of the classic Gothenburg metal sound with power-groove riffs of late 1970s, early 1980s British, and European metal. However, in their most recent albums, Soilwork has also introduced elements from other genres such as blues rock and alternative metal, and adopted a more melodic sound. Their most recent work has more singing and lighter melodies than their earlier work, as well as a more polished production.

Encore:
As We Speak
Stabbing the Drama

Listen to ”Soilwork - Spectrum Of Eternity" on Spotify here!