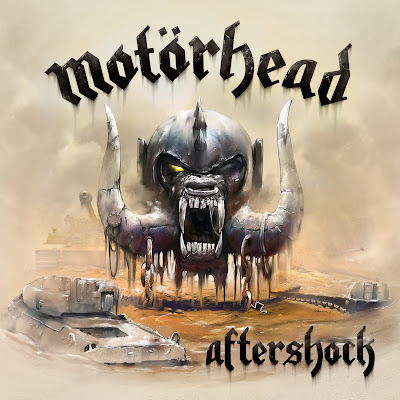 New week and it's time to unwrap this weeks "Record Of The Week".

This weeks album "Aftershock" is the 21st studio album by British Rock band Motörhead. It was released on October 21, 2013. The album was produced by Cameron Webb, who had produced the previous four albums.

The band have been around for nearly 40 years now, releasing albums, touring and still rock more than others that have been on this long which is an incredible achievement. What makes Motörhead so vigorous is they have chosen to maintain their own formula of rock and roll as intact as possible through the years. Aftershock is exactly what you think it would be, an kickass rock album with 14 typical Motörhead tunes that will not make you disappointed. 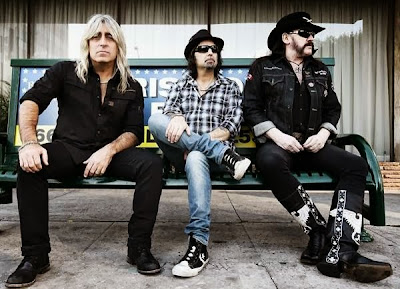 Aftershock is warm and rumbling with classic dirty riffs signed Phil "Wizzö" Campbell, powerful drum playing by Mikkey Dee and Lemmy sings excellent which almost make it impossible to keep your feets in place. :) There are many stand out tracks on this album, even those who not stand out have a great standard, one favourite I got during the first listening was the slow blues tune "Lost Woman Blues". A tune that I surely will get back to soon here on Tune of The Day. To sum this up with a short line: You Need This!