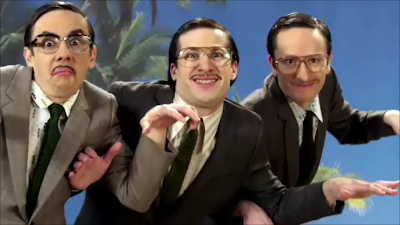 Today its Sunday and nostalgic day!
I asked my teens what Rock Classic should I write about today?

My son said: Write about Kiss .... I was like...eh uhm ...No.
Then he said Van Halen, I bought that and started to search for a cool tune.
My daughter just took over and wrote Cool Guys..... and I find it amusing :D

They are 3 American comedy guys that making fun of all kinda things.
And they did 3 albums!!!!

They are:
Akiva Schaffer, Andy Samberg, and Jorma Taccone. 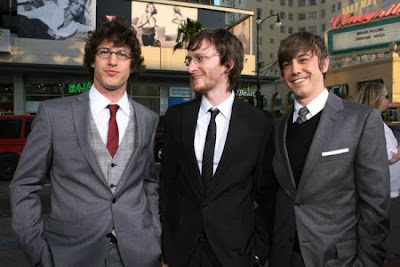 Beginning in junior high school, Samberg, Schaffer, and Taccone began creating live comedy skits that expanded to comedic shorts, music parody (both songs and videos), and one full-length television pilot, before being invited to write portions of the 2005 MTV Movie Awards.

Impressed with the group's material, he brought the trio to the attention of Lorne Michaels,
the producer of Saturday Night Live, who agreed to see them.

They presented the finished product to Michaels in December 2005, who liked the short and agreed to air it. It was the first of what would become a regular feature of the program, called Saturday Night Live's Digital Shorts.