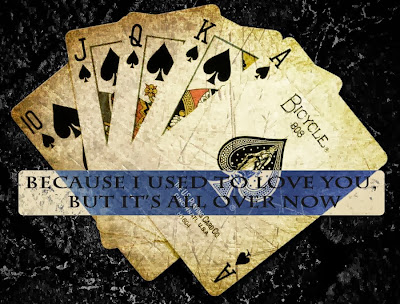 Hello Sir’s and ladies! Spader is back again, hope that you aren't getting too tired of my ramblings yet. Hang in there we are getting nearer the end for my hostile takeover of Stones and Thetanias great hangout.

Last time I was talking about the Swedish legend Magnus Uggla, and that it only took 4 of his records of his earlier material to forge a lifelong bond. That tale had a quite happy ending, as I still like him and even if his newer material isn’t as rooted in me, I still like some of it, just not as much as his earlier stuff.
Todays target isn’t as lucky. And this is a somewhat more intricately woven story even if it’s a quite short one. This one spans only over two albums with one band, and it’s not the band itself that are up for an inquiry. To be more specific, Its the singer. And to be more specific, It’s the original front man of Iron Maiden, Paul Dianno.

Paul started out making two amazing and true breakthrough records with legendary Iron Maiden.
First out the self titled Iron Maiden in 1980, and the amazing album Killers in 1981, where he was quite guilty, together with the rest of the band, to be a huge part of creating the framework for the rising NWOBHM genre.

Both these albums was in my world killer releases that really struck a chord in my heart. It was new, it was fresh, it was edgy and full of energy. And most of all, the songs where just great. The albums had a nice mix of what would come to be the trademark sound of Iron Maiden and a punky rough feeling. The punky feeling came much from just Paul Diannos way of singing and voice together with the unpolished production. This together with the wonderful cover art from Derek Riggs, man what a trip.

In 1980 they made it to Swedish soil for the first time as the opening act for Kiss. Unfortunately I wasn’t there to witness the show myself, but a friend was there. Always been a little jealous about that.
So far, so good.

Then there was this little thing of Pauls Alcohol and drug abuse, that finally forced him out of the band. As far as I know he made his final appearance with the band in 1981 at a gig in Lund, Sweden.
Bruce Dickinson stepped in as singer for Iron Maiden, and the band and Paul parted ways. the rest is history. At least for Iron Maiden that is, for Paul it was mostly downhill from that point, as far as I’m concerned. Even after loads of other bands and solo efforts, he has never been able to get close to becoming someone to look up to.

And to me he has in the later years more or less taken on the role as a close minded buffoon and bigot. I have had the chance to see him live once in 2008 at Rockweekend Festival in Kilafors, Sweden. Or, to be honest, I watched about a quarter of his set before I went to the beer tent instead, and that small amount of time was more or less true agony.
I still hold Iron Maidens two early albums as masterpieces, but when it comes to Paul Dianno, the journey for us took an abrupt halt there, as I switched tracks and continued to follow the Bruce Dickinson fronted Iron Maiden instead. A choice of path that I have never regretted.

Email ThisBlogThis!Share to TwitterShare to FacebookShare to Pinterest
Etiketter: Because I Used To Love You, But It’s All Over Now, Iron Maiden, Killers, Spader Ess