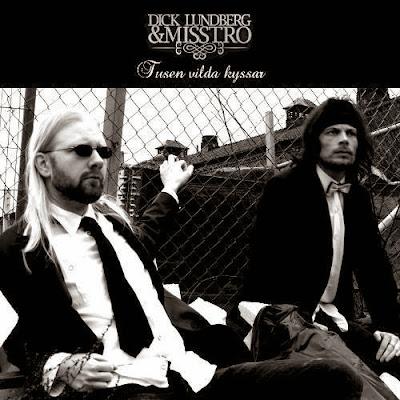 Dick Lundberg & Misstro is a duo from Finspång, Sweden, that the name was formed the summer 2009, but based on a relationship that began in the late 90s. The music is an alloy of Lundberg's lyrics and melodies and Tomas Nilsson's arrangements and music creation. The band became a trio when Jesper Karlsson grabbed the bass and stepped into the picture.

Todays tune "Tusen Vilda Kyssar" (A Thousand Wild Kisses), The song is part off Lundberg's book and it's about his alter ego Spiff Zoogan. Read the entire book, here!
The Video is filmed and produced by Jesper Karlsson.