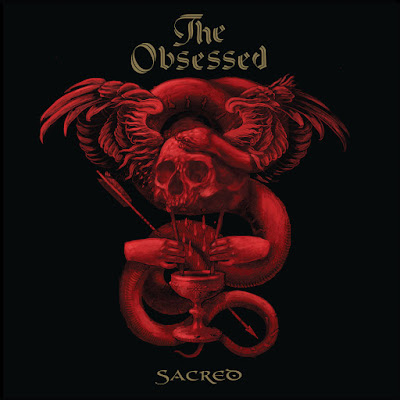 The mythos of THE OBSESSED returns with the fantastic milestone "Sacred". It's their first studio album in over 20 years. Led by legendary frontman Scott "Wino" Weinrich (SAINT VITUS, SPIRIT CARAVAN to name a few).

THE OBSESSED originally formed in 1976 and released three seminal stoner / doom albums in the early 90's, including "The Church Within" which has been hailed as one of the important records in the genre's history. Now, after reforming in 2016, the band has returned with renewed energy and purpose, sounding heavier and more relevant than ever before. The lineup consist of Wino’s longtime friend and former road crew member Brian Costantino (Drums) and Reid Raley (Bass & Vocals) and of course Scott "Wino” Weinrich (Guitar & Vocals). 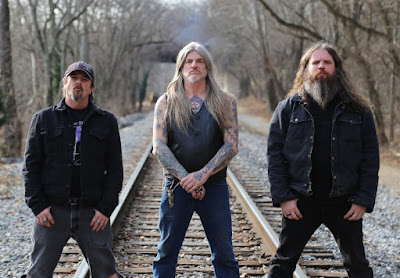 "Sacred" kicks on with a remake of "Sodden Jackal", that was released on their 1999s album "Incarnate", here the tune have gotten a more deeper sound, much heavier and doomier, more powerful than ever, Wino's vocal is clearer and have a more punch. The tune got a new life indeed, a very good remake. "Punk Crusher" has a more classic hard rock approach, with a thundering chorus. The title song and today's tune "Sacred" has a more typical Wino layout, melodic and heavy. The record have a good mix between the styles of "Classic Rock", all from the light punkish "Haywire" and "Be The Night", the rocker "Razor Wire" to a more punchy radio rock friendly "Perseverance Of Futility" or the instrumental jam-oriented "Cold Blood". The THIN LIZZY cover "It's Only Money" is real heavy rocker were Wino sounds like an old Phil Lynott, cool version. The catchy, melancholic charm of "Stranger Things" is one if the hightlights with it's bluesy doom/rock groove. There are two bonus tracks on the deluxe version of the LP, the awesome nine minutes doomy "On So Long" with a amazing guitar work and the catchy classic rocker "Crossroader".

Sum: "Sacred" is an extensive musical journey that is very fun to listen to.

Today's tune "Sacred" is the title track from the "Record Of The Week", enjoy!

Listen to ”The Obsessed - Sacred" on Spotify!