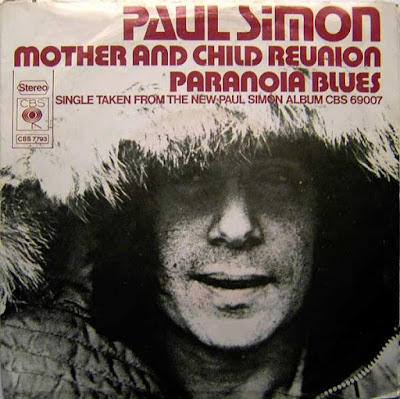 "Mother and Child Reunion" is a song by the American singer-songwriter Paul Simon. It was the lead single from his second self-titled studio album (1972), released on Columbia Records. It was released as a single on February 5, 1972. It was one of the earliest songs by a white musician to feature prominent elements of reggae.

The song was recorded at Dynamic Sounds Studios at Torrington Bridge in Kingston, Jamaica, with Jimmy Cliff's backing group. Guitarist Huks ("Hux") Brown and bass guitarist Jackie Jackson were also long-time members of TOOTS & THE MAYTALS. Cissy Houston sang background vocals on the recording. The song was recorded before writing lyrics, which was unusual for Simon. He had previously hoped to make "Why Don't You Write Me"— a song recorded with Art Garfunkel on Bridge over Troubled Water—to sound like a Jamaican song, but felt it ended up sounding like a "bad imitation." Simon was instructed by the musicians on the differences among reggae, ska, and bluebeat. He felt awkward at first because he was "the only white guy there and I was American." Simon later overdubbed piano and vocals to the track back in New York.

The title has its origin in a chicken-and-egg dish called "Mother and Child Reunion" that Simon saw on a Chinese restaurant's menu. The song's lyrics were inspired by a pet dog that was run over and killed. It was the first death Simon personally experienced, and he began to wonder how he would react if the same happened to his wife at the time, Peggy Harper. "Somehow there was a connection between this death and Peggy and it was like Heaven, I don't know what the connection was," Simon told Rolling Stone in 1972. 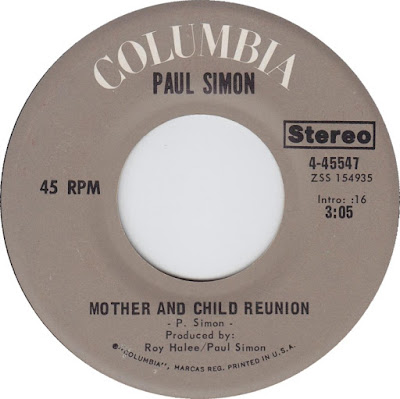 James Benninghof wrote that Simon predicted the title event, the "mother and child reunion," while the second verse describes the effect of what happened on "the strange and mournful day," but without making clear what it was.

Today's tune "Mother and Child Reunion" is live from Webster Hall 6/6/2011. This tune is for you Thetania.

Listen to ”Paul Simon - Mother and Child Reunion" on Spotify!