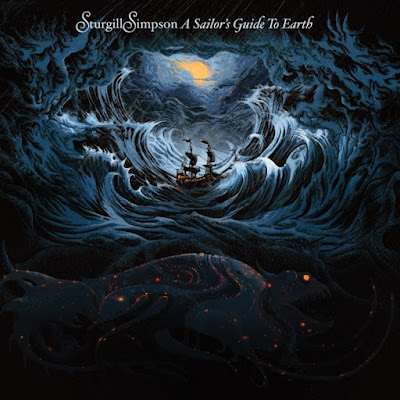 Sturgill Simpson makes one small but significant addition to the lyrics in his soulful cover of NIRVANA's "In Bloom" — after each "don't know what it means," he chimes in with his own "to love someone." While that idea may be implied in Kurt Cobain's original, it's a distinction made all the more poignant by the fact that Simpson recorded the song and his new album A Sailor's Guide to Earth especially for his young son.

"I'm never going to make anything other than a country record," says Simpson about his album "A Sailor's Guide to Earth". "I wanted a song on the album to capture that awkward stage in every young boy's life where they are searching for their place in the world," Simpson tells Rolling Stone Country. "One night while discussing the album with my wife, she asked, 'Well, what were you listening to when you were 13?' I remember in seventh or eighth grade, when "Nevermind" dropped, it was like a bomb went off in my bedroom. For me, that song has always summed up what it means to be a teenager, and I think it tells a young boy that he can be sensitive and compassionate — he doesn't have to be tough or cold to be a man." 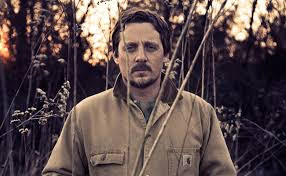 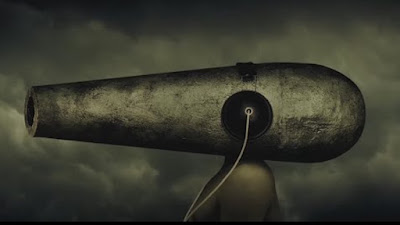 The video for "In Bloom" depicts that loneliness and confusion of youth with the same stylish animation that powers Simpson's "Brace for Impact" video. While a dagger-toothed, hairy monster swirls below, a young man (with a cannon barrel where his head should be) tentatively tries to navigate a rowboat across this troubled sea. As the song explodes into an optimistic cascade of horns, the boy discovers the way to vanquish the monster is not with angry cannon fire but by radiating love. It's a realization as transformative as Simpson's rendering of the song — beneath all Nirvana's hormonal agitation, there's a hopeful resolution.

John Sturgill Simpson (born June 8, 1978) is an American country music and roots rock singer-songwriter. To date he has released three albums as a solo artist. He released two albums independently, High Top Mountain in 2013 and Metamodern Sounds in Country Music in 2014. His second album is notable for being nominated for a Grammy Award for Best Americana Album. His third studio album, "A Sailor's Guide to Earth", was released on Atlantic Records and was Simpson's first major-label release, later earning him Best Country Album at the 59th Grammy Awards while also being nominated for Album of the Year.

Today's tune "In Bloom" is taken off Sturgill's new album - A Sailor's Guide To Earth. Directed By: Matt Mahurin. Written by NIRVANA frontman Kurt Cobain, the song addresses people outside of the underground music community who did not understand the band's message. Enjoy today's Thursday cover.

Listen to ”Sturgill Simpson - In Bloom" on Spotify!