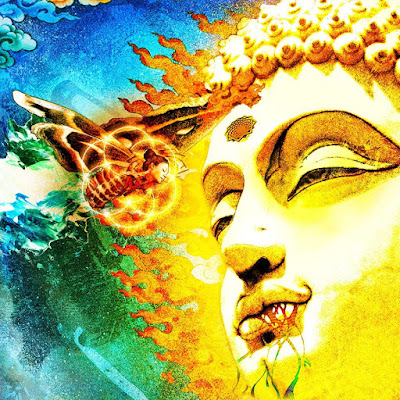 You might know Rikard Sjöblom as the mutli-instrumentalist madman behind the microphone of the now-legendary BEARDFISH, who sang about everything from personal loss to dreams of sneaking into the backstreets of some sleazy '70s disco club. Wielding his keyboard like an 88-key progressive rock machine gun and a shoulder-slung guitar much in the same manner, Sjöblom truly was the face of the band. BEARDFISH came to an end in 2016, leaving room for new solo endeavors for Sjöblom.

With the same array of musical appendages, Sjöblom has carried on as a solo artist under the moniker GUNGFLY once more with his 2016 album “The Unbendable Sleep”, now followed by the new 2017 release "On Her Journey To The Sun", was released on InsideOutMusic on May 19th. Just like “The Unbendable Sleep” before, “On Her Journey To The Sun” features Sjöblom's incredible vocal range, intensely personal lyrics, signature sense of complex-yet-catchy keyboard melodies, and guitar work that spans the spectrum of folksy to downright face melting. Sjöblom comments:

“GUNGFLY was born out of necessity; songs came to life whenever there was downtime with BEARDFISH or if a song didn't quite fit within BEARDFISHs (otherwise quite broad and eclectic) frame of styles. I basically started recording songs, mainly pop-oriented material, but being the type of songwriter and musician I am some prog slipped through under the radar as well. With the break-up of BEARDFISH all of the prog-related material I write needed to go somewhere and GUNGFLY was ready and able for this step! Some background: I recorded what was to become the first GUNGFLY album between 2007-2008 and it was released in 2009. The name GUNGFLY is a Swedish word meaning unsecure ground, it came from a novel I read where it was used to describe that someone didn't have grounds to back up their statements, so I liked it and chose to call the project that! I've always been writing and recording lots of music and when I formed the live band to perform these songs for the first time I got to pick some of my oldest friends to play with and thankfully they wanted to be part of it! Petter and Rasmus Diamant (yes, they're brothers) on drums and bass have always been the backbone foundation in this line-up and sometimes we actually do gigs as the GUNGFLY trio. Sverker Magnusson has been behind the keys since the start and was recently joined by Martin Borgh too to be able to cover all of the keyboard work on the albums, so sometimes we do three keyboard players on stage at the same time! This is made possible by the fact that guitarist David Zackrisson (BEARDFISH) is in the band as well. Me then? I do what I've always done; sing, play guitars and a bunch of vintage keyboards (mainly Hammond organ) - and I have lots of fun :)” In addition to his solo work, Sjöblom is the most recent addition to English progressive titans Big Big Train, having performed keyboards, guitars, accordion, and backing vocals on the band's 2016 album “Folklore”. 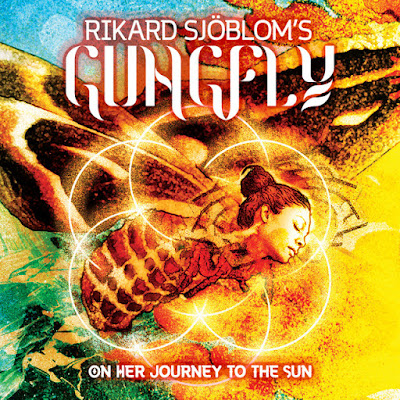 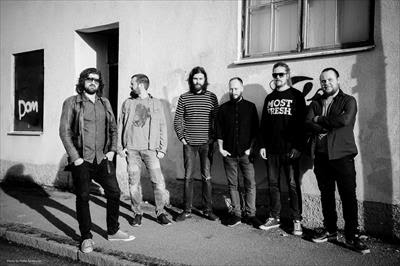 Lineup on "On Her Journey To The Sun":

Today's tune "He Held an Axe", taken from the album "On Her Journey To The Sun". Written by Rikard Sjöblom. The Video was directed and produced by Peter Callow.

Listen to ”Rikard Sjöbloms Gungfly - He Held An Axe" on Spotify!

Email ThisBlogThis!Share to TwitterShare to FacebookShare to Pinterest
Etiketter: Beardfish, He Held An Axe, On Her Journey To The Sun, Progressive Rock, Rikard Sjöbloms Gungfly