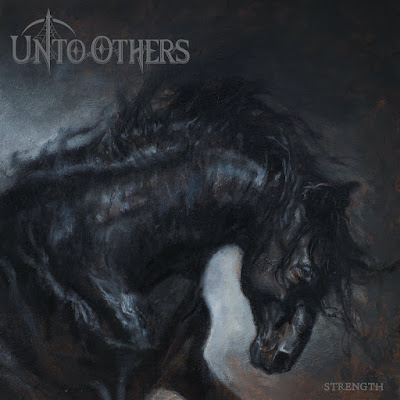 Oregon goth-metallers UNTO OTHERS is back with the second album "Strength".

Yes I know, I'm late for the ball again, but I was waiting for Vinyl which would have been released a long time ago, but has been postponed, now at the end of February and now I can not wait any longer, haha So for today you get the album and here is my review on it.

IDLE HANDS or UNTO OTHERS as they are called today really shows thier "Strength" that they are the finest band in goth-rock today. A band that mixes the classic heavy metal and goth rock in a excellent way, almost like CURE did distort them self up to THE SISTERS OF MERCY and added some chilli with some power to boost everything up and at least the lyrical themes that deals with life, death, fantasy, mysticism and some personal issues. 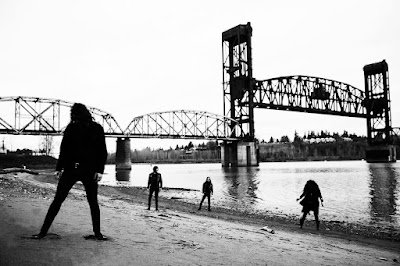 "Strength" kicks on with the furious and dark piece "Herion", were the lyrics tells a story of addiction, the music is marvelous and fantastic, the same dark theme continues "Downtown". The same theme continues throughout the album where they handle the rhythms and melody in a wonderfully way, they mixes styles and tempos to keep up the intresst and almost create a freeway for what's to come when they take the next level on the follow up album. Gabriel Franco vocals part is just brilliant in my ears, incredibly mesmerizing with his baritone voice, something that really take place on the next tune "When Will Gods Work Be Done", a powerful anthem. On "No Children Laughing Now" the sound is a bit diffrent here, still a dark piece, heavy riffing, furious doublebass drumming, which then shifts up the tempo in "Destiny", heavy riffing, heavy drumming and some softer vocal parts. The light punkish "Why" is another brilliant step to widen their views. They even manage to add a cover to the album, a fantastic version of Pat Benatar’s 1980 classic "Hell Is For Children". Some rumbling bass in the slightly more polished "Summer Lightning". The title tune really summarizing everything the album has offred during it's play time of forty-six minutes and twenty-two seconds as my digital album shows. "Strength" really have some well-written lyrics, marvlous lead guitars, excellent vocals, hard and heavy doublebass drumming and a rumbling bass lines. The album needs more of me and was not as direct as "Mana", but if you give it time, dive into what it wants to convey, you will be rewarded, I promise, you’ll love it.

Sum: "Strength" is something you need now and UNTO OTHERS will provide it to you! 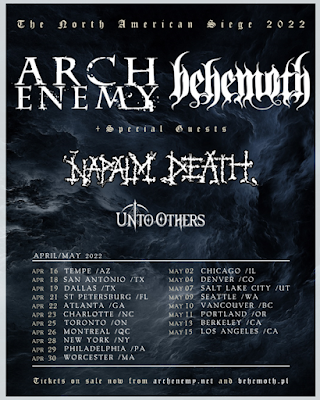 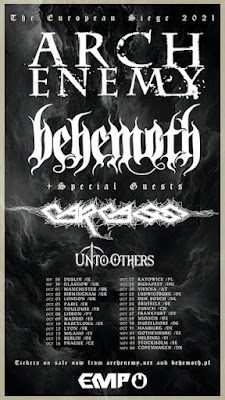 Today's tune "Downtown" is the second single from "Strength", enjoy!

Listen to ”Unto Others - Downtown" on Spotify!