Chubby And The Gang - Coming Up Tough 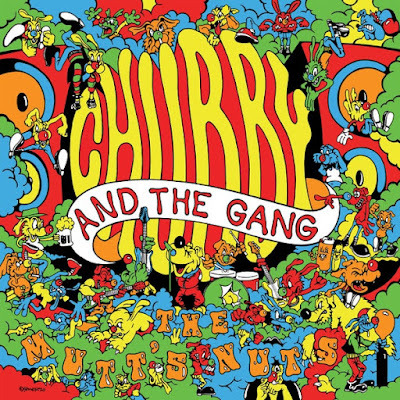 West London five-piece CHUBBY AND THE GANG are balanced by two energies – a casual “fuck it” on one side, an active “fuck off” on the other. For every moment of punk imperfection, there’s an intricate flurry of detail. For every enraged statement about modern life as war, there’s a lyric like “Hello heartbreak, my old friend” that catches you off guard. Made up of musicians from across the consistently thriving and criminally overlooked UK hardcore scene (ft. THE CHISEL, BIG CHEESE and more), CHUBBY AND THE GANG marinate its characteristic speed and sick-of-it-all energy in a mixture of 50s pop sounds. The result is a prickly take on the older, more melodic genres that punk derives from, chewing them up and spitting them out into something mangled but revitalised.

They have cited influences including the RAMONES, DR. FEELGOOD, COLOURED BALLS and IRON VIRGIN. In reference to the band's choice of sound, Manning-Walker stated "I wanted to put in an organ, a handclap, a harmonica, a tambourine and the quick element of it comes from me only experiencing hardcore for 15 years. Because of where I come from it all ended up being 200mph." Their music also often makes use of vocal samples from television series and movies such as the Jimmie Rodgers Show.

I really like what I hear and I will try to get a copy of the new album "The Mutt's Nuts", so maybe a review will come soon. 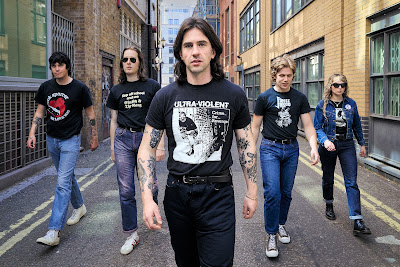 Today's tune "Coming Up Tough" is taken from the bands second and latest release "The Mutt's Nuts", enjoy!

Official Chubby And The Gang Web

Listen to ”Chubby And The Gang - Coming Up Tough" on Spotify!

Email ThisBlogThis!Share to TwitterShare to FacebookShare to Pinterest
Etiketter: Chubby And The Gang, Coming Up Tough, England, London, Punk, Rock, The Mutt's Nuts