Meat Loaf - Out of the Frying Pan (And into the Fire) 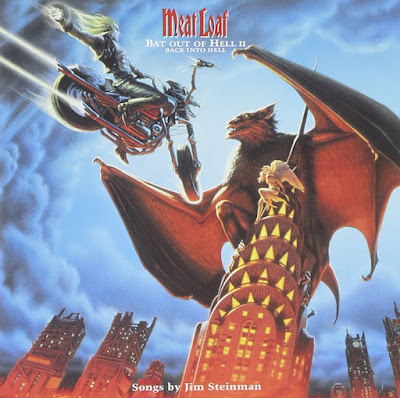 Michael Lee Aday (born Marvin Lee Aday; September 27, 1947 – January 20, 2022), better known as Meat Loaf, was an American singer and actor. He was noted for his powerful, wide-ranging voice and theatrical live shows. His Bat Out of Hell trilogy "Bat Out of Hell", "Bat Out of Hell II: Back into Hell", and "Bat Out of Hell III: The Monster Is Loose" have sold more than 65 million albums worldwide. More than four decades after its release, the first album still sells an estimated 200,000 copies annually and stayed on the charts for over nine years, making it one of the best-selling albums in history.

In January 2020, during an interview for The Mirror, Meat Loaf announced "I'm not old. I've got songs for another record and I'm reading a script." In a February 2020 Facebook post, Meat Loaf announced his intention to record a new album containing 'four or five new tracks, including Steinman's "What Part of My Body Hurts the Most" (a song long requested by fans, but previously under contract restrictions for the Bat Out of Hell musical), along with the original 1975 demo recordings made for the Bat Out of Hell album. Meat Loaf's longtime collaborator Jim Steinman died on April 19, 2021, of kidney failure. 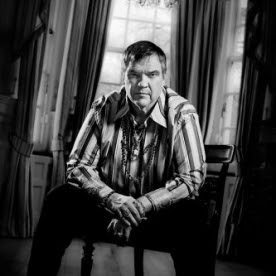 In a Facebook post in November of 2021, he further elaborated that he and his band would be returning to the studio in January 2022 to record seven new songs for a forthcoming album, which would also include live tracks from the 1970s, 1980s, 1990s, and 2000s.

Meat Loaf himself passed away on 20 January 2022, at the age of 74, apparently without any recording having taken place. His death was announced on his official Facebook page. The statement said the musician’s wife was by his side and his friends had been with him in his final 24 hours. No immediate announcement of the cause of death was released by his family or representatives; however, a source through TMZ stated that he died from COVID-19.

Must add a little story. Have actually worked with Meat Loaf on a couple of occasions, a very nice gentleman. Remember that at one point. Must be for a 12, 15 years ago when he did a show at the Hovet (Stadium) here in Stockholm. The "Hovet" is a fairly old venue, where the loadin/loadout is kind of upstairs, a long corridor, like a hill, all things are transported down, quite steep. After tearing down all the equipment, all things go up the hill and then into the trucks for the next destination. In the middle of this swirls of things that are going out, the uncle shows up, alert as a lark and starts pulling boxes. Haha who would have thought that, he holds chats with almost everyone, very nice man indeed and very funny. Im happy to been part of that, hearing the stories in the midddle of the loadout is kinda marvelous.

Today's tune "Out of the Frying Pan (And into the Fire)", taken from the sixth studio album "Bat Out of Hell II: Back into Hell" by American rock singer Meat Loaf and was written and produced by Jim Steinman. It was released in September 1993, sixteen years after Meat Loaf's first solo album "Bat Out of Hell". The video clip is from last year's "Talk and Songs at Huckabee", enjoy!

Listen to ”Meat Loaf - Out of the Frying Pan (And into the Fire)" on Spotify!

Email ThisBlogThis!Share to TwitterShare to FacebookShare to Pinterest
Etiketter: American, Bat Out of Hell II: Back into Hell, Jim Steinman, Meat Loaf, Out of the Frying Pan (And into the Fire), R.I.P., Rock