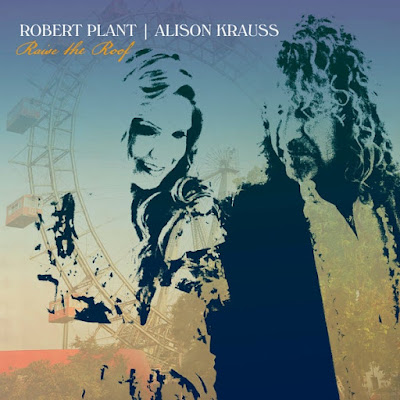 Monday, it's for Record Of The Week.

The second instalment of covers from blue-eyed soul to English folk by the dream team, Robert Plant and Alison Krauss new album "Raise The Roof". Fourteen years since they last released their six-Grammy-winning album of duets, Raising Sand (2007) by Plant and Krauss. An excellent collaboration between these two.

On this long-awaited second instalment of classic tunes where these two put their heart and soul into their favorites and do so with bravura. "Raise The Roof", picks up where "Raising Sand" left off and they continue to build bridges between England and America. And they have reunited with producer T-Bone Burnett.

On "Raise The Roof" they really bend each tune to their own here, like the powerful opener of the contemporary tune, CALEXICO´s "Quattro (World Drifts In)" where they duo works really great and takes this piece to a new direction. They changes the lead on eash track where Krauss does many of the leads where Plant fills in with the harmonies and vice versa and another beautiful thing is the way Plant and Krauss frequently swap gender roles. Like the tunes "The Price Of Love" (THE EVERLY BROTHERS) where the magic Krauss takes the lead and on. And on the "Go Your Way" (Anne Briggs) it's time for Plant to take the lead and Krauss fills in the harmonies. Bert Jansch’s "It Don’t Bother Me", another Plant favourite but this time with Krauss on lead and Maria Muldaur's "Somebody Was Watching Over Me" really gets to be an another tune with Plant on the lead and it has Emmylou Harris on backing vocals. The country blues piece "Last Kind Words Blues" by Geeshie Wiley is an amazing performance by Krauss. Plant's blues piece is the Ola Belle Reed tune "You Led Me To The Wrong" where he does a teriffic job. There is one tune that is non-cover "High And Lonesome", a rockeir blues tune where Plant shares a writing credit with T-Bone Burnett. "Raise The Roof" is a excellent album by these two and now let's hope it will not take fourteen years for the next one. 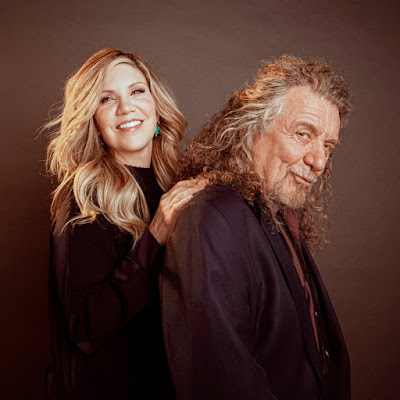 Today's tune "Trouble With My Lover" is taken from "Raise The Roof", the video clip is live from Nashville's Sound Emporium Studios, enjoy!

Listen to ”Robert Plant And Alison Krauss - Trouble With My Lover" on Spotify!

Email ThisBlogThis!Share to TwitterShare to FacebookShare to Pinterest
Etiketter: Alison Krauss, Raise The Roof, Record of the Week, Review, Robert Plant, Trouble With My Lover