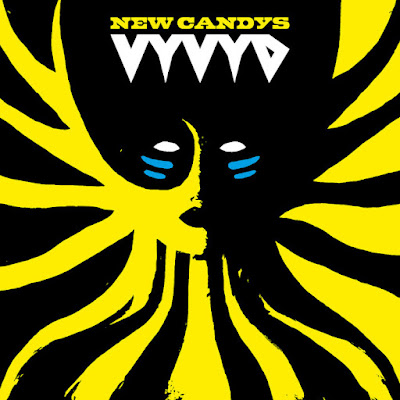 "Vyvyd" is the fourth and latest album by the Italian alternative rockers NEW CANDYS, it was released on 4 June 2021 via Little Cloud Records. NEW CANDYS was formed in Venice in 2008. "Vyvyd" has its own mythology where they played with religious, pagan, and archetypal symbols, which have been distorted through their own lens. If you have to sum up the album in one concept it would be the contradiction of light: God/good is often represented with a bright glow, whilst Lucifer, the personification of evil, means light-bearer. They have been inspired by the visionary cinema of Kenneth Anger and Alejandro Jodorowsky among others. "Vyvyd" is a very interesting release, where the music oscillates between some old-school psych-rock, 60's pop with vibes of shoegaze, and indie rock. Catchy melodies with a great vibe, but there is a shimmer of sad loneliness, with a happy shell. Hard to explain but that's the feeling I get when spinning this, nothing bad at all as my thoughts go into this pandemic and I guess that infects what they create whether they want to or not. But hey, this is freaking good. Give it a spin and you get my drift. It's a bit different but it works so well. Take the electro riff and the pummeling drumming of opener "Twin Mime" that grabs you by the neck into their world with fuzzy sonics and glorious chorus. Followed by heavy riffing and thunderous drumming in "Zyko". Then we change the direction to a softer and smoother ride in "Factice", quickly hear PRIMAL SCREAM echoing in the background. Nice song with good drive. "Begin Again" is a trippier number and "Evil Evil" opens the gate for some electro fuzz, amazing tune. "Helluva Zoo" is a guitar-driven rocker until it's time for "The Clockmaker", the more compact riffing and drumming change the direction again and in "Q&K" they have invited Jancy Buffington (MØAA) to add some of her dreamy vocals on the track and wow! Her voice really boosts the tune. The album closes up with "Snake Eat Snake", a drumming beat and a softer vocal line that almost masses out the record. This is really great work from these Italians, I do Highly recommend "Vyvyd" for anyone of likes marvelous and well-creating melodies and has their heart close to psych, then this babe will follow you. 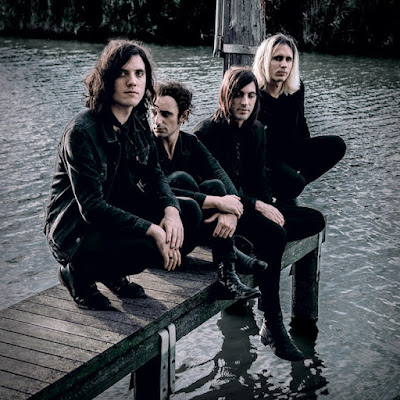 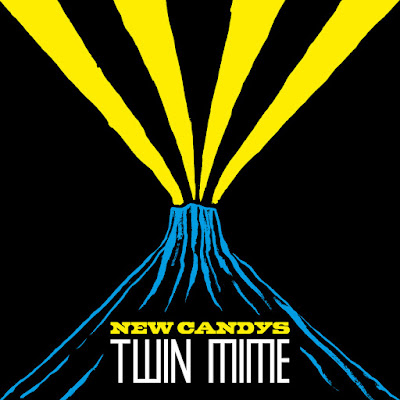