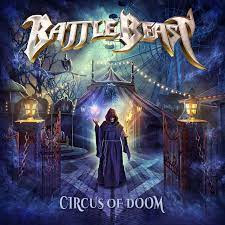 After re-signing to Nuclear Blast in early 2021, the Finnish heavy metal sextet BATTLE BEAST is once again getting ready to unleash their force upon the world in the shape of their brand new sixth album "Circus Of Doom". The album was released on January 21st, 2022 via Nuclear Blast and in true BATTLE BEAST fashion, the 10 tracks blend true heavy metal with pop and rock vibes, paired with Noora Louhimo’s unique voice. "Circus Of Doom" was once again recorded at JKB Studios in Helsinki, Finland, and produced and mixed by keyboardist Janne Björkroth, while the stunning artwork was created by Jan Yrlund (KORPIKLAANI, MANOWAR, etc.), who already took care of BATTLE BEAST’s previous two album designs.

So if you are looking for some catchy heavy metal then this is your cup of tea! Where they once again, the band stays true to their formula of “100% heavy metal -0% bullshit!” 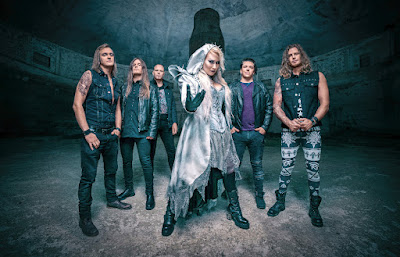 Today's tune "Wings Of Light", taken from the new album "Circus Of Doom" is out now: https://bfan.link/circusofdoom.yde, enjoy!

Listen to ”Battle Beast - Wings Of Light" on Spotify!