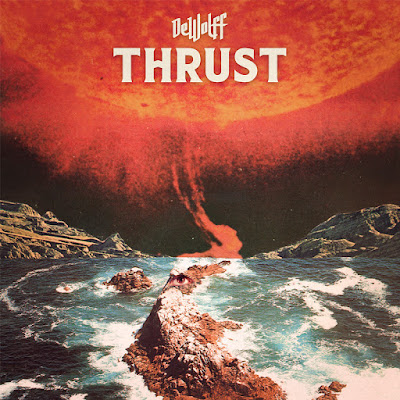 "Thrust" is the sixth album from the three-headed rock 'n roll monster DEWOLFF. The band was formed in the Deep South of Netherlands in 2007, when they were barely teenagers, by brothers Pablo (singer/guitarist) and Luka van de Poel (Drums) and Hammond organist Robin Piso. DEWOLFF was after Harvey Keitel's character, Winston Wolfe, in Pulp Fiction, their luscious and expansive neo-psychedelia saw them burst out of the city. 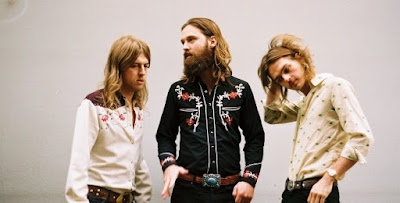 They have released 5 studio albums previously, all have catapulted them up the charts in their homeland. Whilst still in their teens they played the prestigious Paradiso in Amsterdam and took to the main stage at Pinkpop Festival in front of 10,000 fans, relentless touring followed, earmarking them as a formidable live act. Since then they've played to 30,000 at Lowlands Festival, 15,000 at Sziget, as well as Reeperbahn, Rockpalast, Rock Oz Arenas and supported THE BLACK KEYS, BLUES PILLS, TEN YEARS AFTER and DEEP PURPLE.

"Thrust" is a great record with a wide span in the blues-oriented rock that DEWOLFF has made a great footprint on over the years. On the album, they mix up Blues Rock with Country/Desert Rock, softer Pop Rock to Happy Funk Rock with a load of Seventies influences.

Big tunes like the opening "Big Talk" with it vibrating buzz tones, well-balanced vocal, funky drumming and whiny guitar to the more funkier rocker "California Burning" to the half paced soulful Blues ballad "Once In A Blue Moon" with a heartbreaking Hammond solo. "Double Crossing Man" is an energetic and catchy Boogie Rocker with Isaac Hayes baritone entries. "Tombstone Child" is a real catchy Rocker, excellent vocals and clever riffing. Atmospheric fuzzy melody in "Deceit & Woo", cool tune with an odd Blues break in the middle, swings with a charm. "Freeway Flight" is a beautiful and soft Blues piece. "Tragedy? Not Today" is a great gleefully tune from the past, classic American 70's riffing. "Sometimes" have a cool Low fi touch, Reggae tones with marvelous vocals. "Swain" is a hard driven piece, big and funky. "Outta Step & Ill At Ease", a real beauty closes the album, slow, folkish, heartful and emotionally.

Sum: "Thrust" is an excellent album that is worth your time, check it up.

"Thrust" was released on May 4th via Mascot Records. 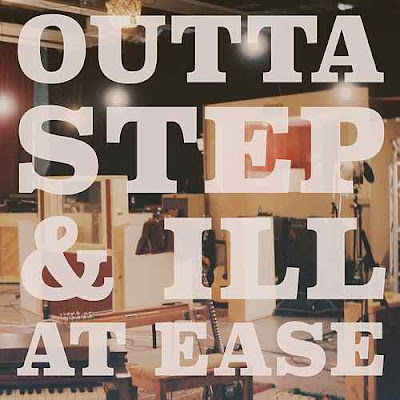 Today's tune "Outta Step & Ill At Ease" is taken from "Thrust", "The tune is a very autobiographical song. It's about life on the road, being away from home and missing the ones you love. Touring is the most awesome thing in the world, but at times you can get drunk, fat, lonely and miserable. It was written in a hotel room in Madrid when I was feeling particularly drunk, fat, lonely and miserable. We got the idea of playing this song with as much musician friends as possible, firstly because we're on tour so often that we don't get the chance to play with all these wonderful people as much as we'd like to. And secondly, because it's an epic song that has to be played with an epic gang of people!” – Pablo van de Poel, enjoy!

Listen to ”DeWolff - Outta Step & Ill At Ease" on Spotify!