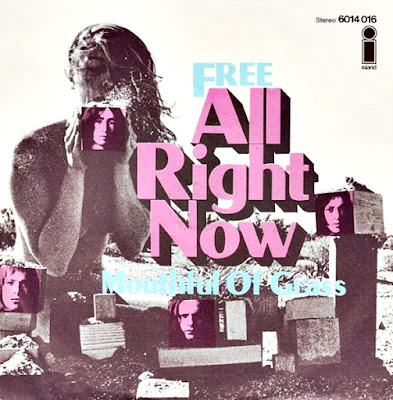 Prior to their time in BAD COMPANY, Paul Rodgers and drummer Simon Kirke had already realized a few rock and roll fantasies of their own with FREE. 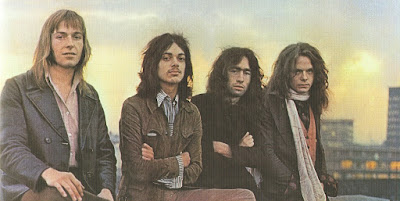 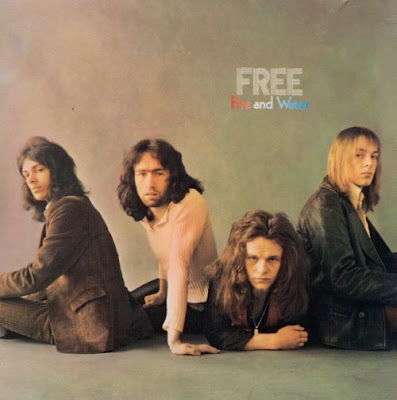 Their signature number "All Right Now", was created by a group who were just in their teens when they first got together, with bassist Andy Fraser just 15 years old at time. Success wasn’t immediate for FREE. Being as it was buried as the last song on the second side of their third album, 1970's, "Fire and Water", it’s fortunate that "All Right Now" was so much of an immediate earworm that it demanded attention and didn’t get lost.

But listening to "All Right Now" now, how could you miss it? Luckily, Island Records president Chris Blackwell heard the magic as soon as he heard the song. Which is lucky, according to Fraser, the band themselves “weren’t that keen on it.” 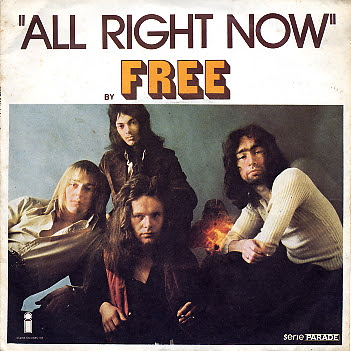 The tune was laid down live in the studio for the most part, with Rodgers adding his vocals after the fact. As it became a big hit, critics took aim and claimed that the main riff had been lifted directly from THE ROLLING STONES "Honky Tonk Women". Fraser points to a different influence, telling Classic Rock magazine that he was trying to imitate Pete Townshend, who he calls “the best chord player." "All Right Now" was well received amongst FREEs fellow musical peers, with Steve Miller later admitting that the intro to "Rock N’ Me’" was a nod to Free guitarist Paul Kossoff and the soon to be famous intro from "All Right Now". The inspiration was karmic because both tunes had been born out of a desire to inject a heavy dosage of rock into an otherwise mid-tempo set. They needed a number to get the audiences on their feet and "All Right Now", with a healthy helping of cowbell added in, proved to be just what the doctor ordered. 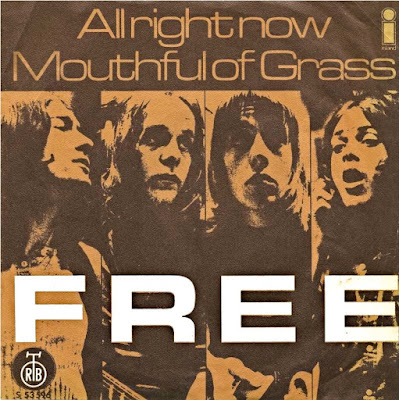 At the height of the band’s popularity, they performed a rough and tumble version of "All Right Now" for over 600,000 people at the Isle of Wight festival, all of whom were unaware that the same song would someday be used to try to pick up a delicious blonde on a bus (via a classic Wrigley’s commercial). Although inner band turmoil and wildly fluctuating record sales would eventually cause Free to break apart (followed tragically by the drug-related death of Kossoff in 1976), "All Right Now" remains a blistering feather in their cap. 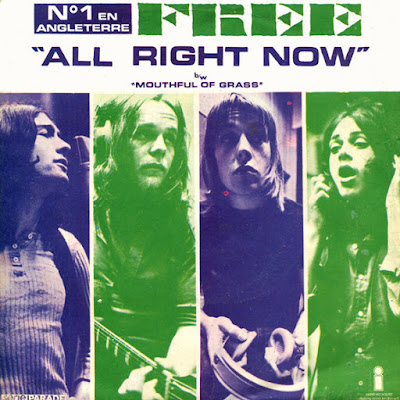 Listen to ”Free - All Right Now" on Spotify!