Caesars Palace - Jerk It Out 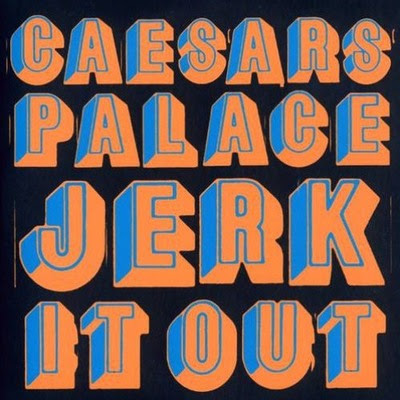 CAESARS is a Swedish indie rock band. In their native Sweden, the band was originally known as CAESARS PALACE, a name which was changed to avoid conflicting with the name of the Las Vegas hotel. In the rest of Scandinavia, they are known as TWELVE CAESARS. Elsewhere they go by the name CAESARS. Band member Joakim Åhlund is also a founding member of the TEDDYBEARS.

After CAESARS released their fifth studio album "Strawberry Weed" they decided to put the band on hold until further notice. In December 2017 CAESARS played a surprise reunion gig in Stockholm, their first since 2009. In May 2018 the band was announced as part of the lineup of this year's Popaganda Festival were I spent my weekend. And CAESARS ended the evening on stage 2 with a really great show.  Other band that played on Popaganda on Friday was Jens Lekman, PALE HONEY, Sarah Klang, Hanna Järver, LITTLE DRAGON, SLOWDIVE, FRANZ FERDINAND and FIRST AID KIT. 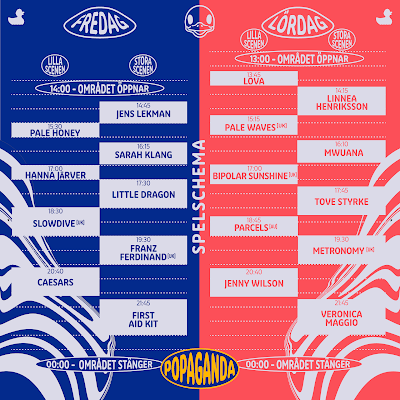 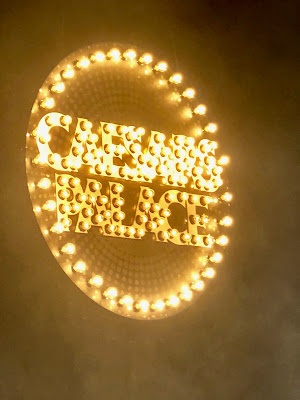 Setlist from the evening: 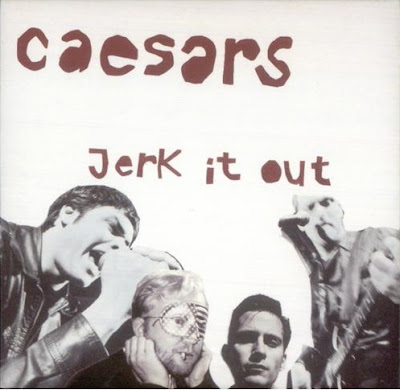 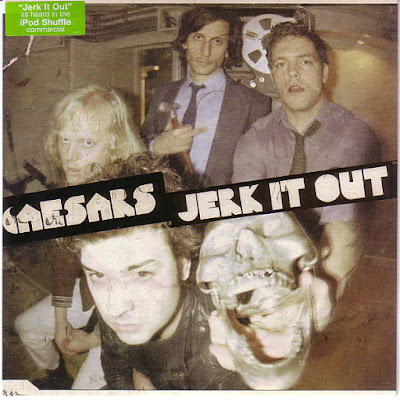 Today's tune "Jerk It Out" is a song that was released in April 2003 as the lead single from their album "Love for the Streets"; it is also featured on the follow-up "Paper Tigers" in remixed form. The song's appearance on charts was helped by prolific use in mid-2000s media, including commercials for the iPod Shuffle, Mobiltel, Nivea, Coca-Cola (in South Africa and Indonesia) as well as a 2009 Renault Mégane spot. Furthermore, it was used in the video games Dance Dance Revolution SuperNova (arcade and PlayStation 2 versions), FIFA Football 2004, Just Dance, Rock Band 3 (as downloadable content), Samba de Amigo (downloadable content for the Wii version), SSX 3, and LMA Manager.

The song was part of the soundtrack of many films, including The Benchwarmers, Captivity, Deuce Bigalow: European Gigolo, Fun with Dick and Jane and Yours, Mine and Ours. It featured in trailers for Knight and Day, The Pink Panther and Garfield Gets Real, while the remix of the song was used in the trailer for Clerks II.

The song was used in the car sketch in the Eddsworld episode "Random Bits".

The song was included in the TV series Dawson's Creek, the HBO series Entourage, NCIS, the British series Teachers, and the dancing game Just Dance.

Listen to ”Caesars Palace - Jerk It Out" on Spotify!