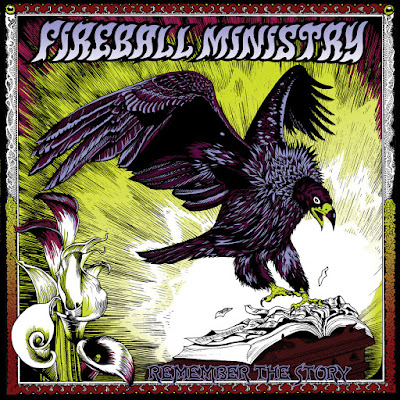 These long-going purveyors of stoner-doom metal return with an epic comeback album that is being hailed as their strongest effort to date!

"Remember the Story" is FIREBALL MINISTRY 1st album in nearly seven years and it delivers their tried and true signature stomp and fuzzy swing with an even broader scope and deeper emotional range. The album mines the depths of loss, pain, and confusion, exorcising demons with the spirited uplift this kind of music best delivers.

"Remember The Story is about moving forward while staying connected to your past. With this album we've reached a new stage of crystallization and prowess in our riffage." – Emily J Burton

"This is a very personal record to me and was written from down deep. It's also an honor to be playing alongside Emily (Burton) and John (Oreshnick) for the last 20 years. Having Scott (Reeder) with us along for the ride has made our greatest music to date in my humble opinion." – James A Rota

"Remember the Story" was produced/mixed by Paul Fig, the engineer behind important records from ALICE IN CHAINS and GHOST. SABBATH soaked rhythms, PRIEST worshipping melodies, and no-nonsense THIN LIZZY mayhem collide in the Hollywood, California band, a group that has humbly but confidently flown the flag for rock authenticity since the hard-partying year of 1999.

Remember The Story’s cover artwork was created by Caitlin Mattisson and conveys the album’s theme of death and renewal. Speaking about the art, Mattisson says, “the vulture represents renewal and transformation and has connections to many mythologies and cultures, from being descended from Griffins in Greek Mythology to the scientific (Latin) name of Turkey Vulture translating to Golden Purifier, which ties in to Jim's theme about a 2nd chance at life. Elements inspired by Hildgard of Bingen have been worked into the border shapes, as well as 2 blown out candles on the front. The book on the front is a FIREBALL MINISTRY hymnal shooting light. On the back of the album the candles are lit again and the vulture is flying away towards a new moon, new beginning.” 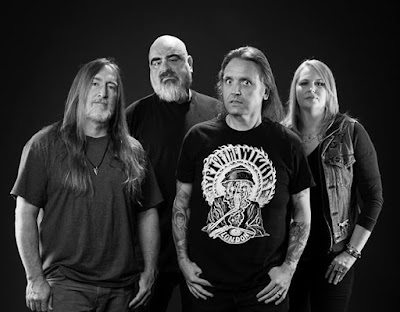 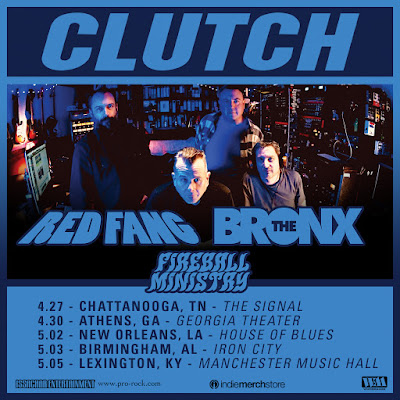 This evening FIREBALL MINISTRY is playing with CLUTCH, THE BRONX, and RED FANG at Lexington, KY Manchester Music Hall

Today's tune "The Answer" is taken from "Remember the Story", released October 6, 2017. Enjoy!

Listen to ”Fireball Ministry - The Answer" on Spotify!