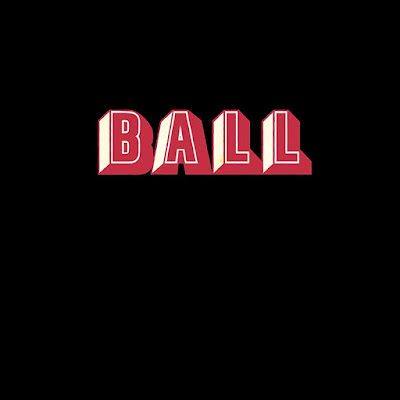 Monday, new week, time to introduce "Record Of The Week"!

"Ball" is the self-titled debut album by the Swedish rock band BALL.

A colorful backstory adds an extra frisson to any rock’n’roll tune so we won’t dig too deep under BALLs claim that their leader Syre Ball was previously "behind some extremely subversive underground occult groups". Whatever the truth, their first long-player certainly has a thrilling touch of evil.

Formed by the mysterious S. Yrék Ball, previously known to some from the murky occult underground of Northern Europe’s most infamous secret societies, formed BALL. Yrék has now dedicated himself to making music and to live the good life outside of the covens and black magic orders. Backed by his two older brothers they form a fierce and fearsome power trio. The guys aren’t very talkative but say their main interests, apart from banging on their instruments, are booze, girls, horror comics, monster model kits, pinball and arcade games. 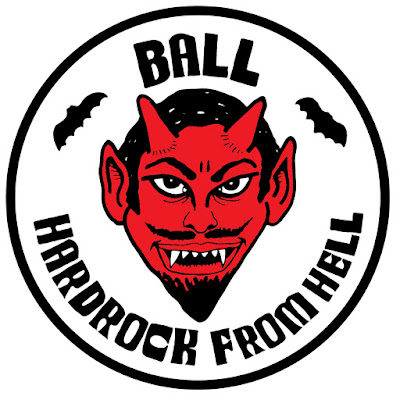 From the first tune "Balling" to the last "Galaxy 666" a lot of things happens, it's crazy, but with a hell of a groove, it's a fun trip to hell. Almost like a soundtrack from a 60's action movie. "Satanas" is the longest tune, filthy psychedelic SABBATH riffing, depraved, screaming vocals. "Speeding" have a more furious approach with it's punkish powerful riffing. "Fyre Balls", heavy riffing with a funky groove, see the video below.

The LP inside of the gatefold cover contains explicit X-rated material. Buy at your own risk! Also includes a poster.

The Ball brothers are:

Sum: BALLs debut album is a crazy hard rock tour-de-force that makes you lose your breath. 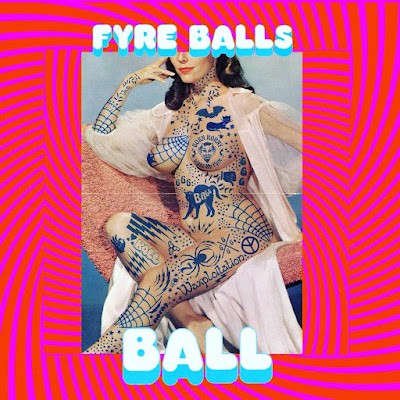