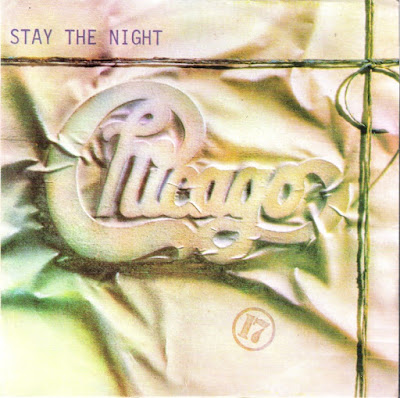 "Stay the Night" is a song written by Peter Cetera and David Foster for the group CHICAGO and recorded for their album Chicago 17 (1984), with Cetera singing the lead vocals. Upbeat and rock-oriented, it was the first single released from that album.

This song is also remembered for its music video, filmed in and around the Los Angeles River. It shows Peter Cetera chasing a hard-to-get lady, played by Ingrid Anderson with Debbie Evans as stunt double, and features car-chases, notably featuring a red convertible Oldsmobile 442, and various stunts which Cetera supposedly performed himself. It was directed by Gilbert Bettman, Jr.

CHICAGO lead singer Peter Cetera wrote this with the Canadian songwriter David Foster. In the song, Cetera is trying to convince a girl to enjoy a night of casual sex. Cetera and Foster also wrote the album's hit "You're the Inspiration." 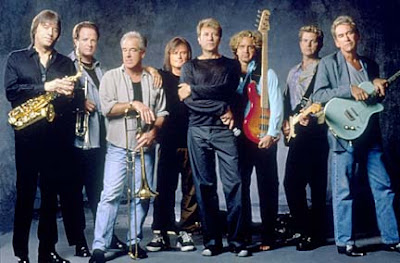 The video has a message: if you proposition a lady stunt driver and she isn't interested, take no for an answer if you know what's good for you. In 1984, it was rare for videos to have these theatrical qualities, and this video was also unusual as it presented an ending to the song that is not apparent when listening.

Directed by Gil Bettman, the video was overseen by Jeff Ayeroff, who was the creative director at Warner Bros. Records, which distributed CHICAGOs albums at the time. It was the first CHICAGO video to get regular airplay on MTV, and the first concept video they made (they had done some live videos). CHICAGO came late to the MTV party, and got little attention from the video for "Hard to Say I'm Sorry," which focused on the band performing the song in what looks like an art gallery. Ayeroff said in the book I Want My MTV: "They weren't exactly a current act. I thought that if I could create a car chase in their video, and the car got wrecked, how could MTV not play it? And it worked." Musically, this was a huge departure from the organic, horn-based CHICAGO sound of the '60s and '70s. You won't hear a horn on this one, but you will hear processed drums, especially at the beginning as the song opens with a series of big, clipped beats - something Peter Gabriel and Phil Collins had been doing.

The drums were done by Jeff Porcaro, who according to Roger Linn, was the best in the business when it came to drum programming. Porcaro, a member of Toto, was brought in by producer David Foster to craft the track, which gave them precise control over the instrumentation. This was bitter fruit to fans of CHICAGOs earlier work, but it was the cutting-edge hit sound of 1984 and kept their string of hits going. CHICAGOs drummer, Danny Seraphine, found himself on the sidelines for this one (as well as "You're the Inspiration"), and he wasn't happy about it.

Listen to ”Chicago - Stay The Night" on Spotify!