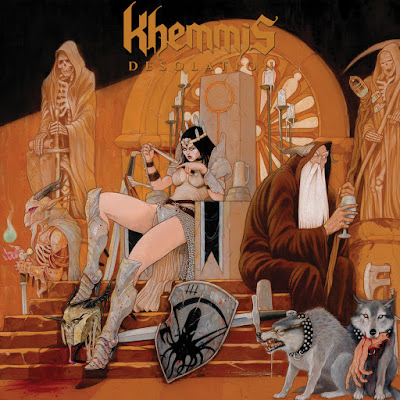 The triumphant return of the Denver doomed rock quartet KHEMMIS. The gained some spotlight in 2016 with their sensational album "Hunted", alongside their proper debut "Absolution". They're back with a new tune and video to accompany the announcement of the new album "Desolation".

The new tune, "Isolation," shows that they have developed since "Hunted", some stylistic changes are made to the more traditional, an interesting growth the band is going through. Looking forward to letting the "Desolation" for a spin.

The cover artwork for "Desolation" designed by Sam Turner (BLACK BREATH, 3 INCHES OF BLOOD), the track listing, and more on the album has been issued alongside its first single, 'Isolation,' delivered through an epic video directed by Italo Ganni. 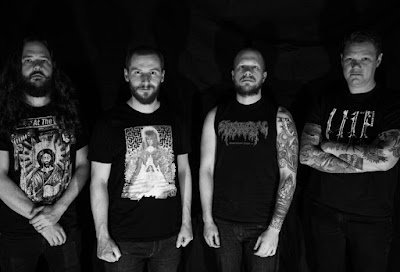 Today's tune "Isolation" is the first single off their much anticipated forthcoming album "Desolation", out June 22nd via 20 Buck Spin & Nuclear Blast.

Listen to ”Khemmis - Isolation" on Spotify!