The Legendary - Let's Get A Little High 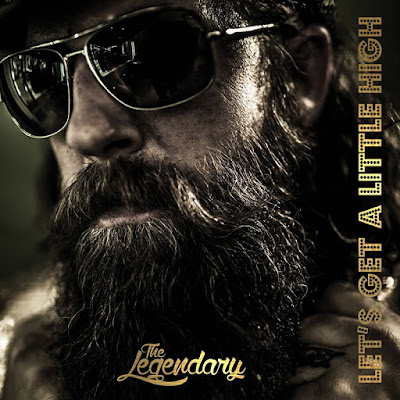 This week we have the German heavy southern blues rockers THE LEGENDARY with their debut album "Let's Get A Little High".

A band that was formed in Munich by Thorsten Rock (guitar and vocals) along with Stefan Tonjes (drums) back in 2014. They were followed soon after by Alexander Pozniak (guitar) and Basti Philip (bass). 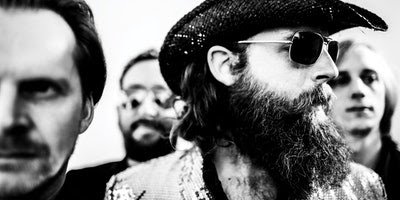 Early recognition came with "If I was A Girl" appearing on the UK Classic Rock Magazine cover CD, and over the next 2 years an EP and 2 singles followed. Last year they got into the studio to record their debut album "Lets Get a Little High", the album was produced by Max Schlichter (KILLERPILZE). 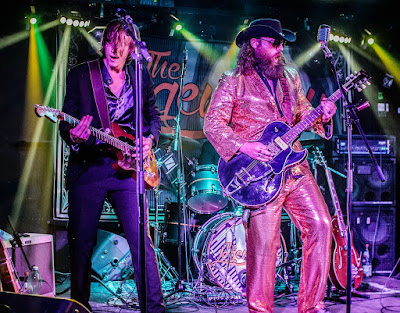 "Let's Get A Little High" is a really fun summer album, with happy and cruel tunes, it's like a mix between ZZ TOP and BLACK STONE CHERRY, light boogie blues with heavy southern rock riffs.

Already with the first tune "Rocket Ship" the rib is set how the album will sound. Heavy driving riffs, catchy and pumping chorus, the lyrics are little cheesy but in this case it doesn't matter as it rocks.

"Half a Devil" today's tune and the albums first single, a real smoker, were the volume just gets higher and higher with it's hypnotic riffs and whiskey soar vocals.

"Sazerac Woman" some how feels like the Swedish rockers HONG FAUX, a really nice tune.

The half pace and much more mellow tune "Feel Some" is a really nice tune and shows the craftsmanship in song making.

"The Path" is nice rocker where at first I thought Rob Halford was behind the mic, but hey I got cheated big time by Thorsten.

"Shot In The Dark" is another killer tune, very melodic atmosphere, little doomish feeling with a powerful vocals that hit you straight in the bone marrow and the screams, creepy.

The southern rocker "Extraterrestrial" is a nice piece of music that wides up their safety zone, same with the next tune "Tomorrow" that open ups with acoustic guitars in a half pace mode before it changes tempo to a real beauty with an amazing guitar solo. 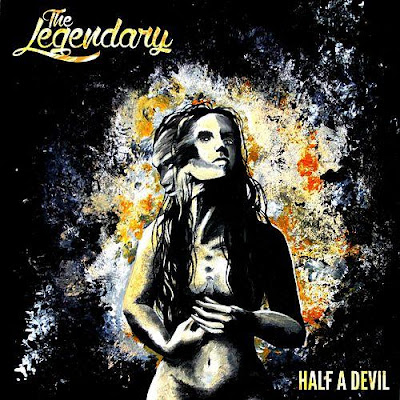 Today's tune "Half A Devil" is taken from THE LEGENDARYs debut album "Let's Get A Little High", enjoy!

Listen to ”The Legendary - Half A Devil" on Spotify!

Email ThisBlogThis!Share to TwitterShare to FacebookShare to Pinterest
Etiketter: Blues Rock, German, Half A Devil, Let's Get A Little High, Record of the Week, Review, Rock, Southern Blues, The Legendary