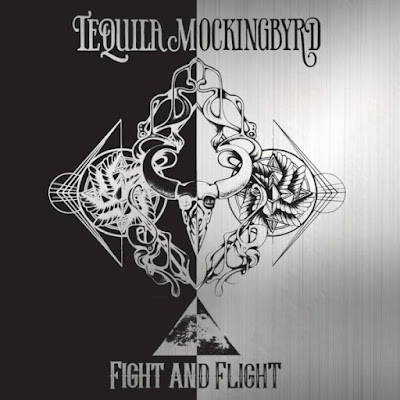 Monday, new week, time to introduce ”Record Of The Week”.

"Fight and Flight" is the debut from Melbourne’s TEQUILA MOCKINGBYRD, a band that not use either lemon or salt in their drinks. Since their inception in 2012, the trio has toured Australia multiple times and earned killer support slots with international acts such as Cherie Currie of THE RUNAWAYS and punk icon Richie Ramone whose management hand‐picked the girls for the slot having heard their cover of The Ramone’s classic “Somebody Put Something in my Drink”.

"Fight and Flight" is a shot of straight up rock n roll packing a high energy punch that will hit you from the first explosion of sound until long into the after-party. 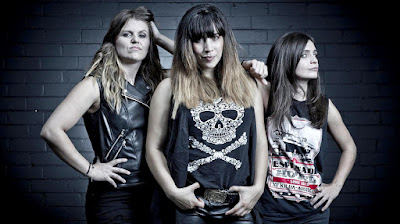 "Fight and Flight” is a really fun album to listen to, rocky as hell. From the opening track "I Smell Rock N Roll” where they are blowing of the hole arsenal of catchy riffs and heavy stomping tunes with choruses that you would die of. Heavy guitar riffing fires of "Never Go Home”, cool tune with massive chorus. The heavy bass and drum intro to ”Money Tree” is brilliant with a great punky attitude. Then ”Catalyst” kicks in, bluesy guitars, heavy riffs, a more softer approach than the other ones with amazing vocals. "Half Of The Man” is a great tune about a dude that I feel sorry for if they bump into these girls one day :). ”So Not Me”, back to the more punkier way to express themselves. ”Everyone Down”(todays tune) kicks me in the stomach with it's stomping melody, wow what a energetic tune, I’m very impressed of these talented girls. ”This Ain't Dead” starts with an amazing intro, holy cow and turns out to be a real beauty. “Somebody Put Something in my Drink” is the THE RAMONES classic tune. A very well done version that suites these ladies like a glow. ”Jagerbomb” is a classic Rock n’ roll tune. ”Shut Me Down” continues in the same lane but with a more updated version of the old classics and ends with the party anthem "Good Time”.

Sum: A modern RUNAWAYS that kicks ass! TEQUILA MOCKINGBYRD is something that have a really bright future ahead. 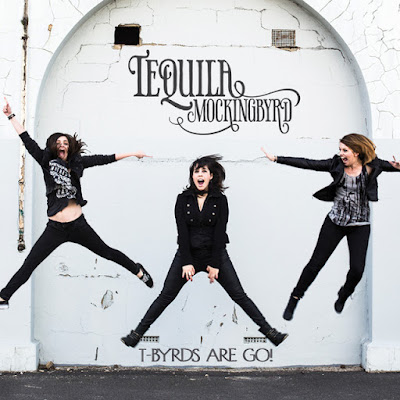 Listen to ”Tequila Mockingbyrd - Everyone Down" on Spotify!