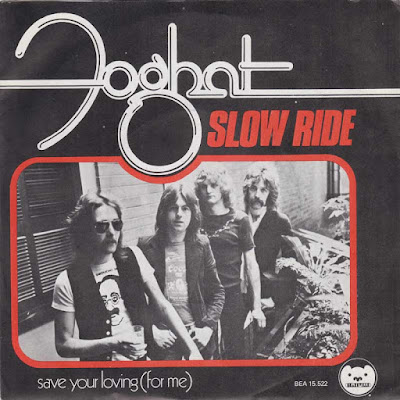 "Slow Ride" is a song by the British rock band FOGHAT. It was the lead single from their fifth studio album, "Fool for the City"(1975), released on Bearsville Records. In 2009, it was named the 45th "Best Hard Rock" song of all time by VH1.

There are 5 versions of this song on the market. The original LP version from "Fool for the City" lasts 8 minutes and 14 seconds. The single version, found in several compilations was truncated to 3:56 with a fade-out ending. The 1977 live version is 8:21, the King Biscuit Flower Hour FOGHAT version is 10:37 and the 2007 live version is 9:44. According to drummer Roger Earl, the song was created during a jam session with then new bassist Nick Jameson.

“Nick had a cassette player and he would record whatever we played there. As I recall it, the whole song was written— the middle part and the bass part and the ending were all Nick's ideas. Basically, Nick wrote the song, but we just jammed on it, and Nick cut the stuff up so it made sense as far as the song goes. And then Dave [Peverett, the band's then guitarist and vocalist] said, 'I've got some words.' That's how that came about (laughs).

The album version of this song, which runs 8:14, has become a classic rock staple. While the "slow love" theme is common in R&B music where the tempo is more congruent with the lyrics, this is a rare rock song that pulls off the feat. The famous guitar riffs change speed and climax neat the end, effectively simulating a lovemaking session. Those who are feeling strong can use the album version, but a single cut down to 3:56 with a fade out ending is also available. 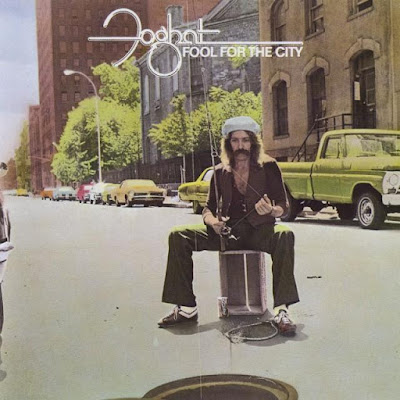 This song was written by the group's lead singer, David "Lonesome Dave" Peverett, who died in 2000. He also wrote "Fool for the City.”

A '70s classic, this was used in the movie Dazed and Confused, which was set in that era. The song also appeared on The Simpsons, Seinfeld, That '70s Show and My Name Is Earl.

This song is featured as a playable song in Guitar Hero 3: Legends of Rock. It is a cover of the 3:56 version, but instead of fading, an original ending was added leaving the singer belting out "SLOW RIDE" and having a bass solo before ending. >> Did you know: Foghat got their name when Peverett came up with the word while playing a Scrabble-like game with his brother. Peverett convinced the band to go with it instead of Brandywine.