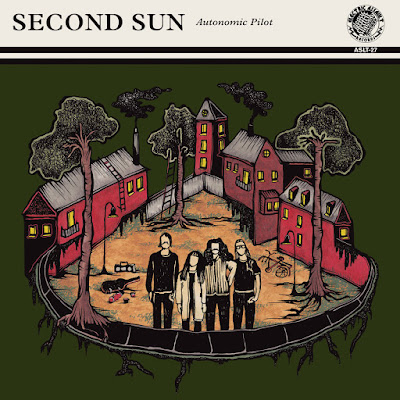 What started as a solo project (with Ljungberg performing all of the instruments) has now become a fully realized live rock band, with the 'Autonomic Pilot' session being the first recorded output of SECOND SUN mach II. Joining Ljungberg are Jakob Enlund (HUNT) on drums, Sofia Rydahl (ex-GRÄVMASKIN) on keyboards and longtime collaborator Marcus Hedman on bass. The record is backed with a fantastic, organ-heavy cover of "Sånt Är Livet," which was originally written and performed by Swedish punk band BÄDDAT FÖR TRUBBEL. 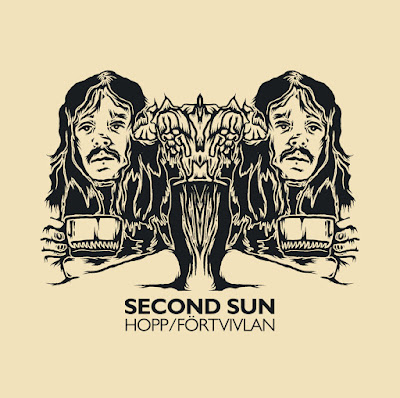 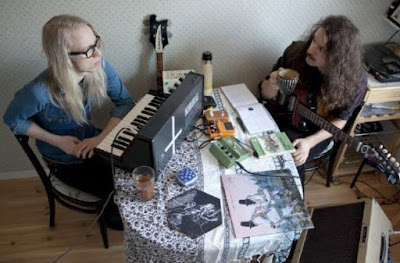 The idea was born on New Year's, 2011, when Jakob was listening to the 70's retrospective LP First Daze Here from US Doom Metal pioneers PENTAGRAM. He soon realized SECOND SUN was the perfect outlet for his love of bands like STEELEYE SPAN, NEKTAR, HAWKWIND and BLACK SABBATH as well as traditional Irish folk music. In May 2014, Jakob put eight songs to tape with his friend Marcus Hedman and the result is "Hopp/Förtvivlan” were the words sung entirely in his native Swedish and was released in April 2015 on Electric Assault Records.

Sorry no Spotify on this one, will update the tune if it comes available.