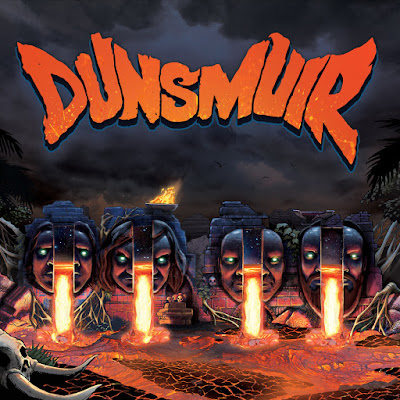 DUNSMUIR is a very intressting side project, a band that includes members from CLUTCH, FU MANCHU, DIO/SABBATH etc catching your interest huh? The album was released July 22, 2016. 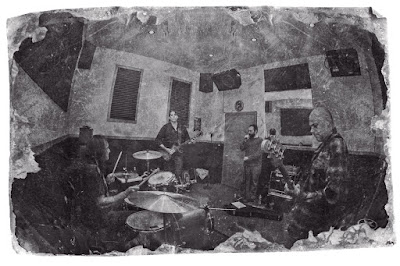 The self title album ”Dunsmuir" is a real rocker, it’s like a heavier version of CLUTCH or a more rockier FU MANCHU dipped in BLACK SABBATH, an inevitably fantastic combinations. Think, Crackers and Cheese, Cinnamon roll and milk, BLACK SABBATH and CLUTCH, catching the drift.

”Dunsmuir” is a catchy son of a bitch, with 10 tunes clocking in at 35 mins, too short for me so the repeat button was hit kind quickly. After a few spins in my headphones I got hooked. Ordered my Vinyl on the spot. ”Dunsmuir” is a concept record about the fates met by survivors of a 19th century shipwreck.

Already with the opening tune “Hung on The Rocks” you hear Neil Fallon’s inimitable and dominate vocals, together with heavy powerful drumming by Appice and the formidable strings team Davis and Bone. "Our Only Master” is a real rocker that could be on any NWOBHM album, heavy riffing, catchy melody and furious drumming. The punchy "The Bats (Are Hungry Tonight)” is a real killer, it will hit you in the head with a sable tooth. "What Manner of Bliss?” is half pace sludgy piece, heavy SABBATH riffing, hard snare drumming. ”Deceiver” is a catchy uptempo tune and so is "…And Madness”. "Orb Of Empire” have a pretty cool chorus and monotone heavy riffing. "Church Of The Tooth” is a slow and sludgy, a more clearer bass here then it would been a real killer, it's still good. "The Gate” is a solid rocker and the album ends with the top notch tune "Crawling Chaos”, sneaky and heavy and just brutally fantastic!

Sum: ”Dunsmuir” rocks, simple as that! 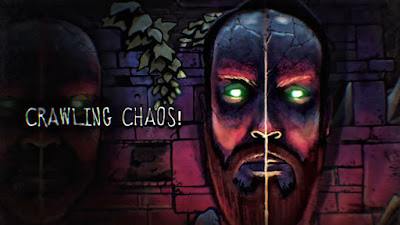 Today’s tune "Crawling Chaos!” is taken from the self titled album with DUNSMUIR, Enjoy!