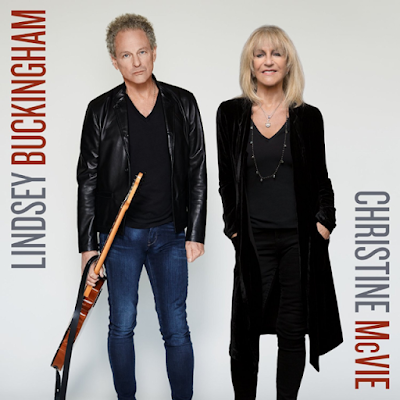 For many music lovers, the legendary band FLEETWOOD MAC was the soundtrack of the '70s. Their album "Rumours" topped the charts for an incredible 31 weeks. Now, two of the band's alums, guitarist Lindsey Buckingham and singer Christine McVie, have joined together for a brand new duet album.

The backstory behind Lindsey Buckingham and Christine McVie‘s self-titled album is filled with plenty of the drama their famous FLEETWOOD MAC lineup has been serving up since the mid ’70s.

That classic quintet — Buckingham, McVie, Stevie Nicks, Mick Fleetwood and John McVie — was set to record its first album since 1987’s Tango in the Night when Nicks decided to focus on her solo career instead, leaving new material written by Buckingham and Christine McVie — some together, some separately — without a home … until they pushed forward with the project, reconfigured as a duet record, and recruited drummer Fleetwood and bassist John McVie.

So, basically, Lindsey Buckingham/Christine McVie is a FLEETWOOD MAC record minus one key member. Nothing new for the often-splintered group: 1990’s Behind the Mask was made without Buckingham, 1995’s Time without Buckingham and Nicks and 2003’s Say You Will (which followed the reunited band’s 1997 live comeback, The Dance) without Christine McVie. And like the albums made over the past quarter century, there are some good moments, some underwhelming ones and some missed opportunities. 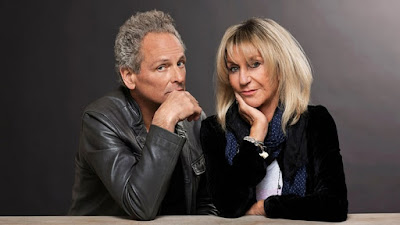 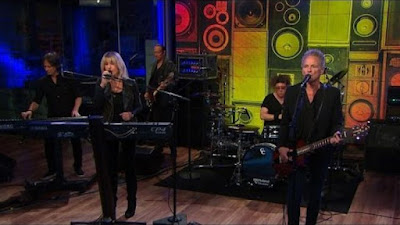 Thankfully, Lindsey Buckingham/Christine McVie is a lot closer to the springy Say You Will than the forgettable Time. It starts with three killer songs: Buckingham’s “Sleeping Around the Corner,” “Feel About You,” a co-write with McVie, and “My World,” another Buckingham composition. And it reinforces just how reliable FLEETWOOD MAC can be, even without their most popular singer-songwriter.

Nicks is clearly missed at times, especially her part in the vocal trio’s harmonies. But Buckingham — one of music’s most undervalued guitarists, singers, songwriters and producers — checks in with some of his most engaging songs in years. And McVie, who last released a solo record in 2004, sounds revitalized following her long absence from the studio.

Occasionally the album comes off as separate and distinct solo records, sorta like FLEETWOOD MACs 1979 ”Tusk", the double LP that often found the band’s three singer-songwriters serving as each other’s backing players. (Indeed, “Sleeping Around the Corner” first appeared as a bonus track on Buckingham’s last solo record, 2011’s Seeds We Sow.) But Lindsey Buckingham/Christine McVie still manages to fall together thanks to the two artists’ undeniable creative fusion, which powered songs like “Don’t Stop” and “Think About Me” in the past.

There’s filler — “Too Far Gone,” the album’s heaviest song, relies on a riff and percussion breakdown borrowed from “Tusk,” and McVie is best when pushed outside of the confines of her big melancholy piano ballad here, “Game of Pretend” — but the majestic pop landscapes Buckingham drops most of the songs into make even the flimsiest tracks a treat to hear. And the longtime rhythm team of Fleetwood and McVie consistently and effortlessly locks into the grooves. In other words, Lindsey Buckingham/Christine McVie is a pretty good FLEETWOOD MAC album. It’s Nicks’ loss.

Today’s tune ”Too Far Gone” is taken from their brand new album, enjoy!

Listen to ”Lindsey Buckingham and Christine McVie - Too Far Gone" on Spotify!