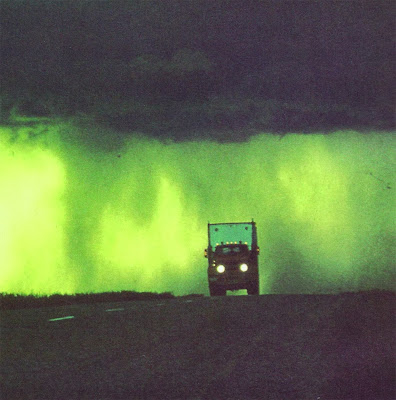 During Christmas time, stress, and other things that can make you go down in tone, thinking of all this buying frenzy that occurs during this period, a period I do not like any longer, children's wish lists are not gracious anymore ): however Christmas itself is rather a cozy feast, but one get anxious when you know that when the Christmas has passed, it is empty in the wallet and before it has recovered financially you are already in March. Well enough about that, enough with the whining, will not turn into the old sour man now :)

Time to focus on this weeks album.

There is a spaceport in Saskatoon, Canada. Shooting Guns shoot you with their latest release, "Brotherhood of the Ram", right into space. At the first song, they start to groove around in orbit. They haunt the foggy moor between Sabbath-styled doom riffery (Electric Wizard, Sleep) and heavy pulse-riding kraut-rock (Neu!, Circle, Wooden Shjips). With some steady rocking pumping beats, behemoth sounds driving you into space. With a wall of sounds they really hit me like a shark hook and the universal journey ends with the last track and you realize that you got lost in space for some time and hit play again to relive the journey one more time. "Brotherhood of the Ram” is a real universal journey that you should not miss, with it's heavy instrumental psychedelic doom rock you will forget all the anxiety and concerns you may have, it’s provides the perfect soundtrack to calm down during Christmas time. 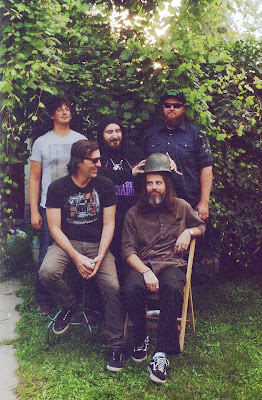 This is freaking good, have listened to the album on Spotify and I'm completely sold, the song Motherfuckers never learn is my absolute favorite track, thanks for this as it really made my day and thanks for a really good blog with excellent musik, keep them coming.