In This Moment - Whore 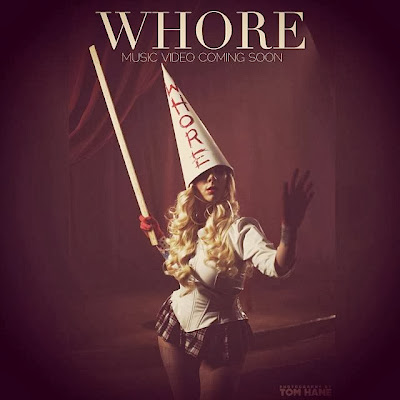 Female-fronted NY state metallers In This Moment have released a new music video, for the single “Whore” in its full cinematic splendour.  Directed by Robert Kley – who was also at the helm for the band’s Adrenalize and Blood videos – Whore co-stars Motionless In White frontman Chris Motionless. 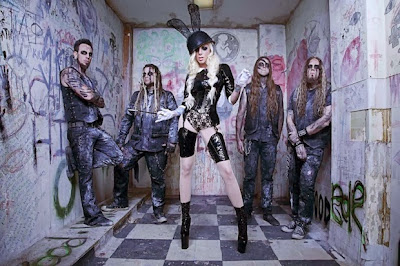 “His look is so perfect for the dirty vintage feel of the video,” In This Moment frontwoman Maria Brink says of Motionless’ cameo, “and he was a perfect gentleman while being violated by me.”

“I knew how amazing placing the visual arts to ‘Whore’ would be when we wrote it,” she continues, “and I have been waiting to release this video since we recorded the song.”

In This Moment is an American heavy metal band from Albany, New York, formed by singer Maria Brink and guitarist Chris Howorth in 2005. They found drummer Jeff Fabb and started the band as Dying Star. Unhappy with their musical direction, they changed their name to In This Moment and gained two band members, guitarist Blake Bunzel and bassist Josh Newell. In late 2005, bassist Newell left the band and was replaced by Pascual Romero, who in turn was quickly replaced by Jesse Landry. Landry was replaced by Kyle Konkiel in 2009 and Konkiel was replaced by Travis Johnson in 2010. Jeff Fabb and Blake Bunzel left the band in 2011, and were replaced by Tom Hane and Randy Weitzel respectively. 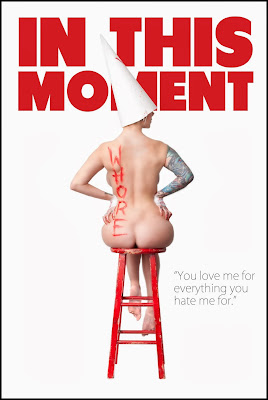 Todays tune "Whore" is taken from the fourth studio album "Blood". The album was released by Century Media on August 14, 2012. As has been the case with every In This Moment album, the record has a different sound, dropping many of the traditional metalcore elements in favor for electronic samples and further experimentation.

Official In This Moment Web

Listen to ”In This Moment - Whore" on Spotify here!