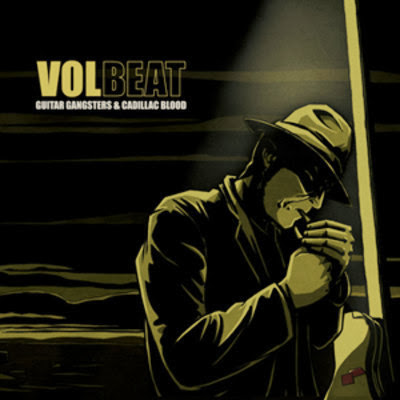 Im really sorry I havent had the time to stop by to talk to ya all.

I did a gig couple of weeks ago...or so, well it was 2 gigs.
With a group ive done sometimes b4.
VOLBEAT.
These guys are really nice as persons!
And did 2 really great shows in Gothenburg and Stockholm.

I flew down from a gig in north part of Sweden to Gothenburg, and one of the
guys I have in Gothenburg, Kevin started up the crew to build up the gear Volbeat had with em.
Hanged folks...houses... and thingies!

Volbeat had 2 support bands, first band I dont remember what their name was and cant be arsed to look it up.. as it wasent my cup of tea.
Second band was Iced Earth, a band I did ones b4, pretty good metal!

Volbeat entered the stage and the audience loved em.
I accually heard some of em sang to the last album thats neat!

Then I came to my biggest problem How do I get up to Stockholm fast to do the next gig with em.
Cos my drive just told me he had a small car. So i went into the room of the Tour manager and explained my problem. He said, I do think I have a bed free in one of the nightliners. And YES
I got a bed with the light crew bus. A very intresting travel :P
The drank loads of beer and talked Danish...errm altough i do read Danish, but my understanding of it isnt the same im afraid..so a talked Swedish to them and they talked English to me  haha.

We arrived in Stockholm at 09:00 I got up and gather the crew I had waiting for us..and the Danish crew slept one hr more... :p to much beer i guess , lucky me I didnt drank so much :D

Anyway we did a smaching work and Volbeat too.

I choose this tune, cos its the best!

Ladys and Gents, THIS IS VOLBEAT!