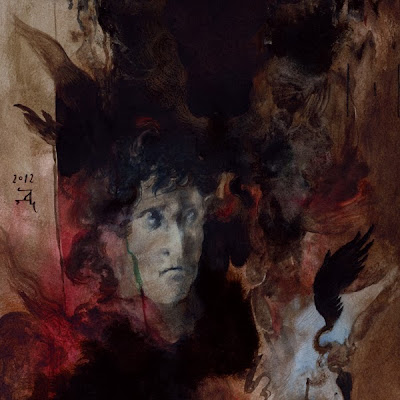 Todays tune, Behemoth's video for the new single "Blow Your Trumpets Gabriel" has been released. This visual masterpiece was produced by Grupa 13 and is one of Behemoth's most unsettling and unique works to date.

All music and lyrics by Nergal. 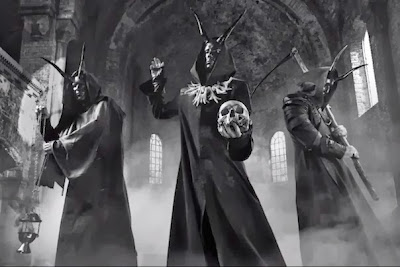 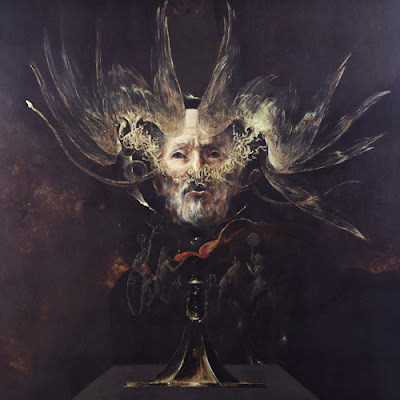 Polish extreme metallers BEHEMOTH will release their long-awaited new album, "The Satanist", on February 3 in the U.K., February 4 in North America and Poland, February 5 in Japan, and February 7 in the rest of the world. Pre-order bundles, include: CD, LP, t-shirt, as well as the deluxe box set, and are available at metalblade.com/behemoth in North America, nuclearblast.de/behemoth in Europe, and on behemoth-store.com (digibook and box).
Read more at http://www.blabbermouth.net/news/behemoth-blow-your-trumpets-gabriel-video-released/#z5P2AZ0vAvoKpc7a.99
I saw the virgin's cunt spawning forth the snake I witnessed tribes ov Judah reduced to ruin I watched disciples twelve dissolved by flame Looked down on son ov god snuffed in vain

Blow your trumpets Gabriel! As I beheld the bewilderment ov Eden Break the bread...and crumb by crumb into the Leviathan's den... Nations fall prey Hail my return

The frontman Adam "Nergal" Darski states about the video:

"Yes, we took all the time in the world to complete this project. And we did everything that was humanely possible to accurately express our vision. We crossed the Rubicon.

"'Blow Your Trumpets Gabriel' is an ecstatic manifest of our unrestrained artistic will, where we dare to reach out beyond the limitations of the heavy metal genre. And it's only the beginning."

"The Satanist" was produced by Behemoth, Wojtek and Slawek Wieslawscy and Daniel Bergstrand at Hertz Studio. The CD was mixed by Matt Hyde (Slayer) and mastered by Ted Jensen (Metallica, AC/DC) at Sterling Sound in New York City. The cover art for "The Satanist" was painted by renowned Russian painter and occultist Denis Forkas. The paint used included some of Nergal's own blood. Additional art and design was completed by Metastazis (Paradise Lost) and Zbigniew Bielak (Watain, Ghost).

"I wanted to incorporate some of my DNA into the art," Nergal told Australia's Heavy magazine about having his blood included in "The Satanist" artwork.

According to Darski, at least some of the inspiration for the new Behemoth album came from his five-month bout of leukemia he overcame in January 2011, after receiving a bone-marrow transplant. "When I was in the hospital, I was collecting experiences and emotions," he said. "I'm pretty sure that it's coming out now. There are moments I catch myself thinking about how my state was back then. It was me versus life, me versus death. It definitely changed my thoughts a lot. It's 100 percent being reflected in the record and songs I'm writing nowadays. I'm way more radical than I used to be."
"The Satanist" track listing:

Listen to ”Behemoth - Blow Your Trumpets Gabriel" on Spotify here!