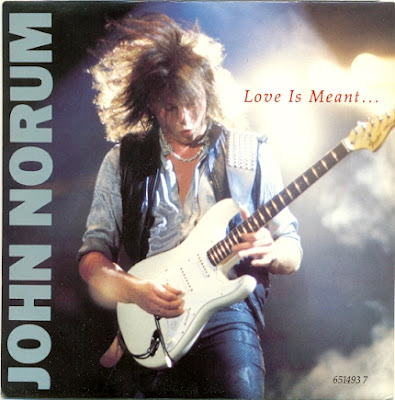 1987 was the year for the solo debut by John Norum and the release date for "Total Control", he is most known as the guitarist in the Swedish hard rock band EUROPE.

The album features two cover songs, "Back on the Streets", written by former KISS guitarist Vinnie Vincent with country artist Richard Kinky Friedman and originally recorded by the band 3-Speed for a 1984 movie soundtrack, and "Wild One" by THIN LIZZY.

The album´s producer Thomas Witt is/was Norum´s stepfather, a former drummer for Eddie Meduza and a high-ranking manager at CBS/Sony in Sweden at the time.

"Total Control" is dedicated to Tommy Östervik, one of John's friends and heroes, who died in a drowning accident the same night as EUROPE played a concert that later was broadcast on Swedish television. 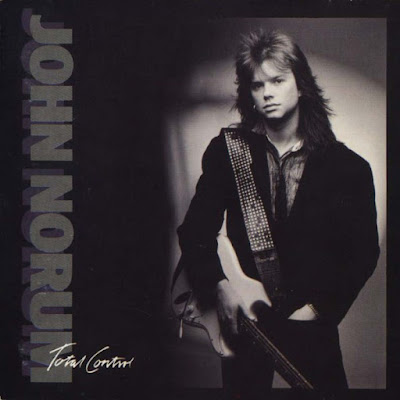 Norum toured Scandinavia in early 1988 with a line-up consisting of himself, Edman, Jacob, keyboardist Mats Olausson (Yngwie Malmsteen, TALISMAN) and ex-TRASH drummer Hempo Hildén. After the tour, a collaboration with PHENOMENA and DEEP PURPLE singer/bassist Glenn Hughes was announced and Edman and Jacob were let go. The collaboration was short-lived and resulted only in a short televised live performance from Gothenburg. Edman and Jacob replaced Hughes for the booked summer tour but were let go once again when Norum and Hildén were recruited by Don Dokken for his solo album and tour.

Today's tune "Love Is Meant To Last Forever" is taken from "Total Control", on vocals we can hear and see Göran Edman, great tune indeed!

Listen to ”John Norum - Love Is Meant To Last Forever" on Spotify!