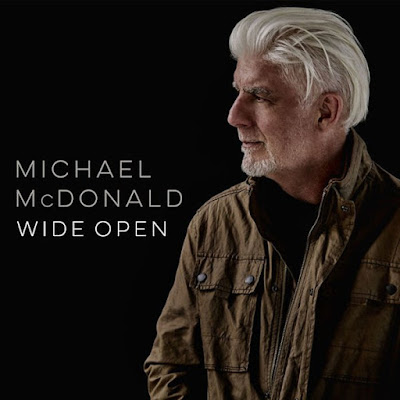 McDonald's music career spans more than 45 years. His early career included singing with STEELY DAN. He joined the DOOBIE BROTHERS in 1976 and remained an integral member until 1982, after which he released the first of nine solo albums. During his career, he has collaborated with a number of other artists, including Kenny Loggins, David Cassidy, VAN HALEN, Patti LaBelle, the Winans, Aretha Franklin, TOTO, GRIZZLY BEAR and THUNDERCAT. He has also recorded for television and film soundtracks. During his career, McDonald has won five Grammy Awards.

Today's tune "Half Truth" is taken from the latest solo album "Wide Open". McDonald sings said "Half Truth" is about "forgiveness and the power of letting go. Realizing that most of the things that we hold resentments over are not about the other person but your part in it, that really you are mad at yourself – that you don't really get yourself into these types of situations if you are totally innocent but it's when you are trying not to look at your part in a situation and trying to make yourself a victim. So, you are mad at yourself. You walked into the situation with your eyes open."

He's currently heading to Europe for a few tour dates, see them all below.

Listen to ”Michael McDonald - Half Truth" on Spotify!