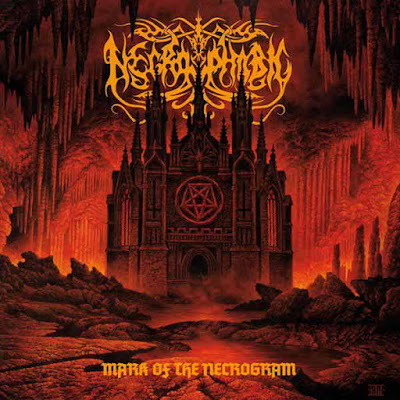 Once again a new week and it's time to introduce "Record Of the Week".

The Necrogram has awakened! Dormant for nearly four years, the sigil—crafted by Swedish death metal legends NECROPHOBIC long ago in a crucible of fire and ice—will spread hate, plague, and disease once more in 2018.

“Mark Of The Necrogram” is especially significant as it represents the rebirth of NECROPHOBIC with singer Anders Strokirk returning to the fold, also the guitarists Sebastian Ramstedt and Johan Bergebäck joining the gang again. The guys also changed the record company from Season of Mist to Century Media Records.  This is also the first classic Kristian "Necrolord" Wåhlin cover since 1997’s “Darkside”, and musically offers a prime example how to blend death and black metal in the best possible, most diabolic way. 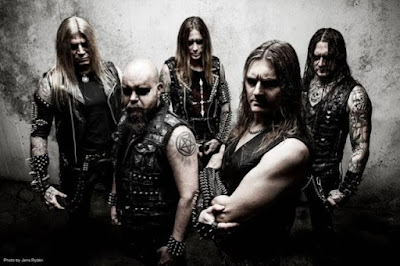 "Mark of the Necrogram" is a fantastic release from these gents. It's melodic, very catchy and right on the spot, an epic album. 49 minutes of Swedish death metal with bombastic blackened harmonies and never letting down on its primal fury and predatory aggression.

From start to finish the album keeps up all the way, I guess I should say it's a masterpiece, well it is. The album is ridiculous well-balanced, fiery guitar-work by the dream team of shredding, Sebastian Ramstedt and Johan Bergebäck! Penetrating speedy blast-beats by Joakim Sterner crazy and well played basslicks by Alex Friberg and then the powerful and guttural vocals by Anders Strokirk. Tunes like "Sacrosanct", "Tsar Bomba", "Pesta" or "Lamashtu" are just a few proofs why “Mark Of The Necrogram” might become one of 2018’s most celebrated metal records. What more is the to say, than I'm happy!

Sum: Don't dare to miss this one! 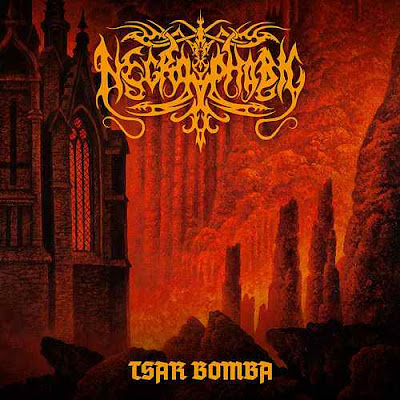 Today's tune "Tsar Bomba" is taken from "Record Of The Week", enjoy!