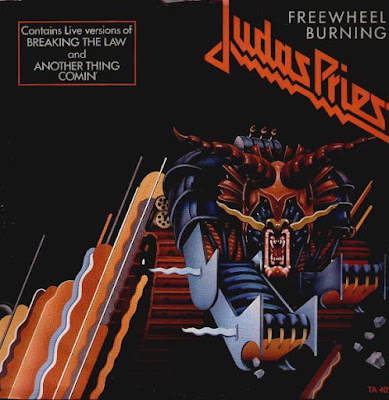 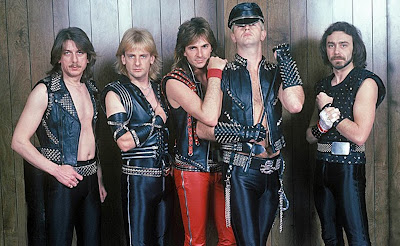 "Freewheel Burning" is a song by the British heavy metal band JUDAS PRIEST, appearing on their 1984 album "Defenders of the Faith", and first released as the first single off that album. The song was a released in late 1983, several weeks prior to "Defenders of the Faith". The 12" version of the single contained an extended guitar intro that was omitted on the full-length release.

The guitar solo in the song is played by Glenn Tipton. The 12" single has an extended version with a guitar harmony intro not included in the 7" and album version.

The B-sides of this single are live versions of "Breaking the Law" and "You've Got Another Thing Comin'" recorded at the US Festival from Glen Helen Park, near Devore, San Bernardino in California on 29 May 1983 in front of an approx audience of 375,000 people. The version of "Breaking the Law" is also the first official version released to feature K.K. Downing's added live guitar solo.

The music video contains footage of the band playing while a boy is playing the arcade game Pole Position over which Rob Halford's face is superimposed. Enjoy today's tune!