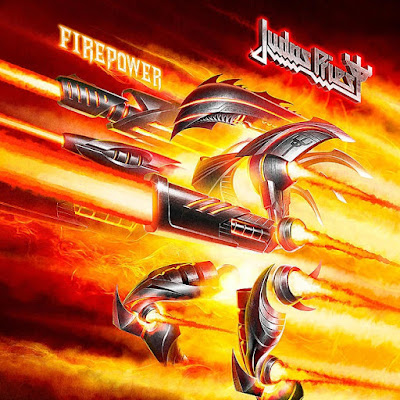 First, there is some good and bad news about "Firepower", the bad news is regarding Glenn Tipton's health condition, is stepping back from performing after being diagnosed with the later stages of Parkinson’s disease. He has lived in the early stages of the degenerative disorder for a decade. According to a statement released by the band, the disease’s progression has left him unable to play the heavy metal band’s more complex material. Tipton’s live duties will be assumed by Andy Sneap, who has previously performed with the band, as well as with other acts including MEGADETH and OPETH. However, Tipton will remain in the band and has expressed a hope that he will return to the stage. The good news is that the album is a very successful attempt by the "Metal Gods" to stand up and deliver an album that really can stand up for their name and not be just an album that would mostly embarrass themselves. Most of the albums since "Painkiller" has been pretty uneven and very low on inspiration, the latest is the opposite. 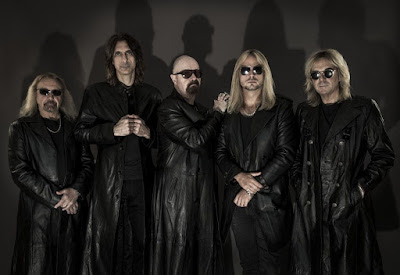 The album opens up with the title tune "Firepower", high power with a hell of an attack shattered life in the old lads, which I never thought would be possible when passing the upper middle ages, great punch in the riffs, pummeling double-bass drum and Rob's voice really kicks ass, he must run on steroids these days! "Lightning Strike" is a catchy piece with a very melodic riffing, follows the more classic JUDAS path and "Evil Never Dies" could be a tune from "Painkiller", great one. There is more JUDAS candy on this album. "Rising From Ruins" is a killer anthem aka 2018. "Never The Heroes" starts with an electro trip and slow guitar melody before it kicks on to a heavy, half-paced tune. "Necromancer", "Spectre" and "Traitors Gate" are melodic heavy metal riffing festivals. "Children Of The Sun", beautiful and simple guitar riffing, slow and emotional. Classic approach with a punching hook in "No Surrender" and "Flame Thrower" and the piano-escorted instrumental "Guardians". The album ends with a beautiful ballad "Sea Of Red".

JUDAS PRIEST members are pushing close to 70 and still hit it with a modern and aggressive outfit as they do on "Firepower", incredibly!

Sum: JUDAS PRIEST is back as the METAL GODS, an album with great melodies, charming choruses, superb riffing, solos and excellent vocals.