Rise Against - Welcome To The Breakdown 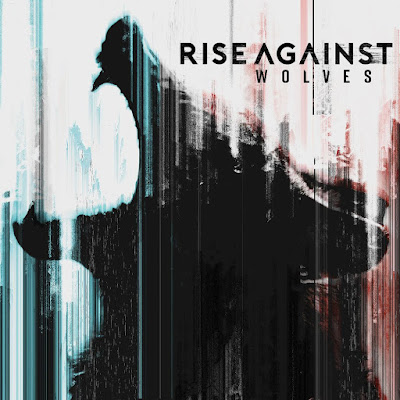 "Wolves" is the eighth studio album by the American punk rock band RISE AGAINST. It was released on June 9, 2017. It is their first studio album in eleven years to be produced by the band without long time producers, Bill Stevenson and Jason Livermore, and their first album to be released through Virgin Records. The album's lead single, "The Violence", was released on April 20, 2017. Two more songs, "House on Fire" and "Welcome to the Breakdown" (today's tune) were released on May 19 and June 2, respectively, as pre-release buzz tracks.

The band recorded "Wolves" in Nashville, Tennessee, a city with a majority pro-Trump population. 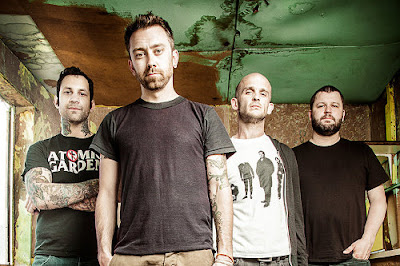 McIlrath recalled "It was clear we’d also put ourselves physically outside of our comfort zone by leaving Chicago, which is this liberal nest where you’re hard-pressed to find someone who disagrees with the progressive politics of Rise Against... I think it’s really good for anybody to see both sides of the fence and spend time in a place that is hurting—and helping to create the narrative of the country you live in. That was something that was kind of always on my mind, knowing that there are people out there who fell for someone like Donald Trump, who were conned by him, and that these are people just like you and me. So we have to work out how to bridge that gap and figure out where the truth lies in a lot of our arguments with each other."

The lyrics in Wolves follow the band's usual political themes; however, this time around, the band tackles the 2016 presidential election. Songs like "How Many Walls", "Welcome to the Breakdown" and the title track oppose the views of Donald Trump (just as they did George W. Bush during his time in office) since the band members are supporters of Democratic party, while tracks like "House on Fire" and "Politics of Love" are more personal while retaining some political leanings. The lyrics do not specifically refer to American issues; McIlrath stated that "We're not an American band, we're a global one. We have Trump, the U.K. has Brexit. This is a human problem."

According to McIlrath, the title "Wolves" refers to "being wolves at the gate, being angry at authority, being angry at the direction of the country and the world, and fighting back. We are the wolves, and the wolves are the good guys in the narrative. We're taking back control." During the writing process, the album was to be titled Mourning in America.

However, after the 2016 United States presidential election, McIlrath changed his mind, proclaiming "Fuck that. Fuck grieving."

Today's tune "Welcome To The Breakdown"taken from the bands latest album "Wolves", enjoy!

Listen to ”Rise Against - Welcome To The Breakdown" on Spotify!

Email ThisBlogThis!Share to TwitterShare to FacebookShare to Pinterest
Etiketter: American, Punk, Punk Rock, Rise Against, Welcome To The Breakdown, Wolves